FIFE -- The FBI and the Washington State Gambling Commission are asking for the public's help to identify the suspect responsible for two armed robberies.

At 7:45 p.m. on Wednesday, July 25th, 2018, he robbed BJ’s Bingo & Gaming located in the 4400 block of Pacific Highway S. in Fife.  The unidentified suspect entered the casino and approached the cash counter.   He showed the teller a note demanding cash and threatening to shoot the victim if his demands were not met. The suspect implied he had a gun, then he placed the cash in an envelope and fled the bingo hall.   "He appears to be a mixed race male, possibly wearing a wig and some type of disguise," said Pierce County Sheriff’s Det. Ed Troyer. 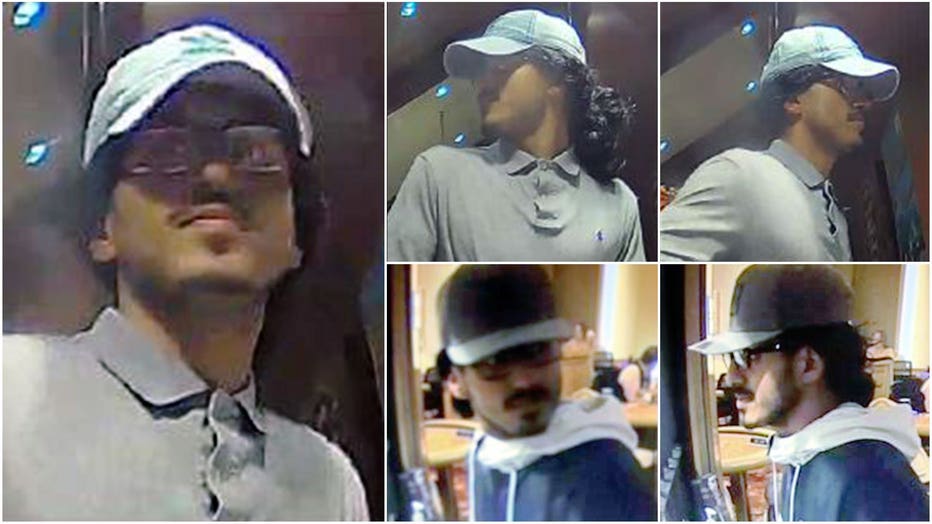 The suspect is in his early 20’s, with a slender build, a thin mustache and goatee.  He was seen wearing a tan long sleeved polo shirt, light blue jeans, a white baseball hat, eyeglasses, latex gloves, and possibly a long black curly wig worn in a ponytail.

Three weeks later on Thurs., August 16, 2018, the same suspect walked into the Great American Casino in Des Moines and handed the cashier a demand note, which read, "Give me the money or I will shoot people." He kept his hand in his pocket, implying he had a weapon. This suspect fled with over $6,000 cash.