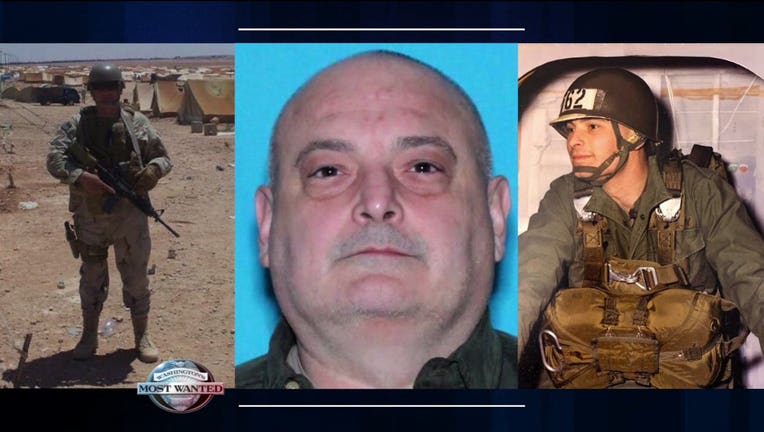 WHATCOM COUNTY - So much mystery surrounds the case of a missing father from Bellingham.

It has been more than a year since Ritchie Collins' vehicle was found at the Colonial Creek Campground an hour east of Rockport, off Highway 20, on April 30th, 2019. Whatcom County Sheriff's detectives say the 58 year old's Honda Element had been parked there for weeks, with the key to it sitting on the roof and Collins nowhere to be found.

There have been many searches for him that have come up empty, including one last month at Diablo Lake, just below the campground.

And, it's not just Collins that detectives are hoping to find. "We found out that family said that Mr. Collins had a lot of firearms in his possession. He was in the Army. He worked for Customs and Border Patrol and his firearms were nowhere to be found and his safe was open, as well and no firearms inside the safe. We searched the residence. We searched crawlspaces and didn't find firearms. We just don't know where the guns are at this time and what would happen with that many guns. Family members said that he had upwards of at least 30 guns in his possession, so it's just odd that that many guns are missing and we haven't found them yet,” said Whatcom County Sheriff’s Det. Ken Gates.

Collins had numerous gun cases inside his home that were all found empty after he vanished.

Detectives and Collins' family still hold out hope to find him safe, especially with help from those who know him. “The big thing is that if any of his friends are watching, or listening to the program, is reach out with any tidbit of information. Even if it's, did he have a storage unit in Whatcom County? Did he have a storage unit somewhere in Skagit County, which is the nearby county to us? Or, if they even had a phone call or text in April or March of 2018? I think it's very important,” said Det. Gates.

Detectives want to make it clear that none of the circumstances surrounding Collins' disappearance are a crime at this point. An adult, like Collins, can leave and start a new life somewhere. They just want to know that both he and his firearms are safe.

If you know anything at all that could possibly help Whatcom County detectives confirm that, you can stay anonymous and submit your information through the P3 Tips App on your smart phone, or call the hot line at 1-800-222-TIPS(8477).