EDMONDS -- Edmonds Police say the suspects accused of taking a woman's wallet and money after she dropped it at the grocery store contacted them after they saw themselves on Washington's Most Wanted. They returned the wallet.

Detectives will be forwarding misdemeanor charges to Edmonds municipal court. Per our policy, we are not naming them unless they are formally charged with a crime.

WANTED IN EDMONDS --
My momma used to say, ‘Son, you weren't raised by wolves,' which means show some manners and this couple needs a hard taught lesson in doing the right thing after a woman in front of them in a grocery store checkout line dropped her wallet.

“What you can see on the video in this case is that our suspects, they don’t waste anytime and quickly bends down and grabs the wallet, but not to give it back to her, like you and I would probably do, they react really quickly in an attempt so they could steal it, so this is one of those times where the saying, ‘finders keepers (losers weepers),’ does not apply. If somebody drops something in front of you, you need to give it back to them and if you don’t, well, we consider that theft and our victim in his case had a few hundred dollars in cash in there,” said Edmonds Police Sgt. Shane Hawley. “Thankfully, there's no identity theft, or fraud that's come from her credit card, so most likely they've just taken the cash and probably dumped the purse, so they're not caught with it, so we've got pretty good video of both of them in the store and also outside in a very particular vehicle.” 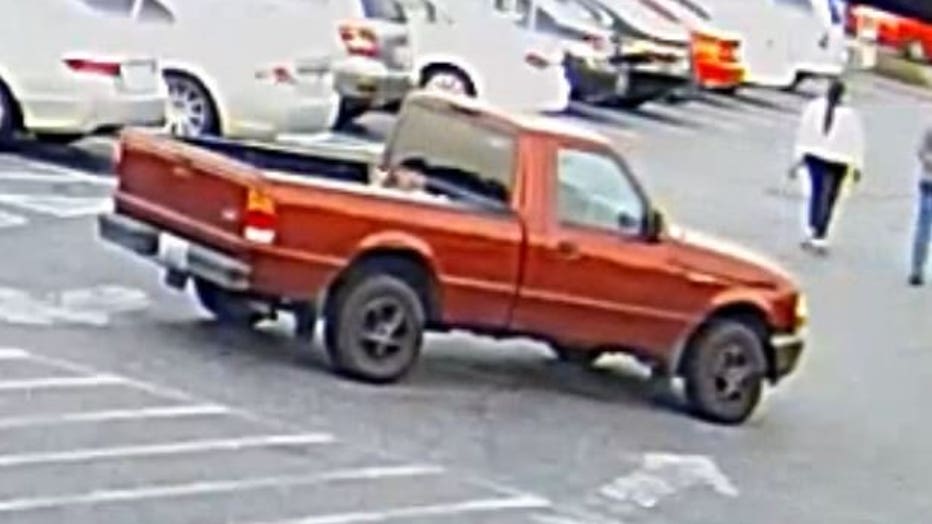 This happened at Winco Foods on Highway 99 in Edmonds on May 28th.

Detectives think both suspects are Hispanic.

If you recognize them or their red pickup truck, use the P3 Tips App on your smart phone to submit the information to Crime Stoppers, or call the hot line at 1-800-222-TIPS(8477).