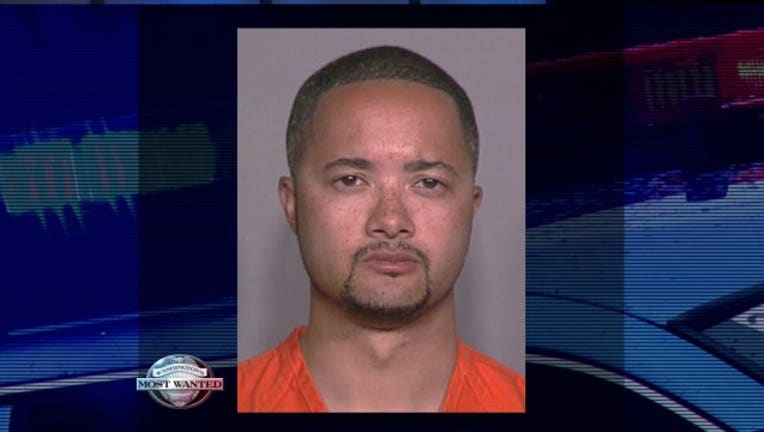 WANTED IN LAKEWOOD -- Police in Lakewood need your help catching a fugitive who they say slammed a woman's head against a heater over and over, and held her hostage for days. Detectives say Duane Samms has been on the run since early February. "He ends up kicking her to the floor," said Lt. Chris Lawler, Lakewood Police Department. "She's on the floor trying to crawl away and he ends up banging her head against a baseboard heater several times. She's now bleeding and still trying to crawl away. He grabs a plastic toy, assaults her with it, it breaks into a bunch of different pieces. He grabs one of the sharp, small pieces and stabs her in the leg." When the brutal beating ended, she had been cut and bruised all over and even had broken bones that put her in surgery. She was held captive for days after the attack until she was able to get to the hospital and called the cops. "We actually got contacted by the victim in this case on February 4th," said Lawlwer. "She'd actually been assaulted on January 21st. She was afraid to report the assault so she could get a safety plan in place for her and her two kids. She actually was being assaulted while the two kids were sleeping in the house." Duane Samms is 36-years-old and has a long history of domestic violence. Detectives say he's well-trained in martial arts, with a black belt in karate. He rides the bus to get around. Help give his victim some peace of mind, by knowing he's behind bars. If you spot Duane Samms on the bus or on the street, call an anonymous tip into: CRIME STOPPERS: 1-800-222-TIPS You must call the Crime Stoppers hotline with your tip to be eligible to receive a cash reward for information leading to a fugitive’s arrest. CLICK HERE for information on how to TEXT A TIP to Crime Stoppers