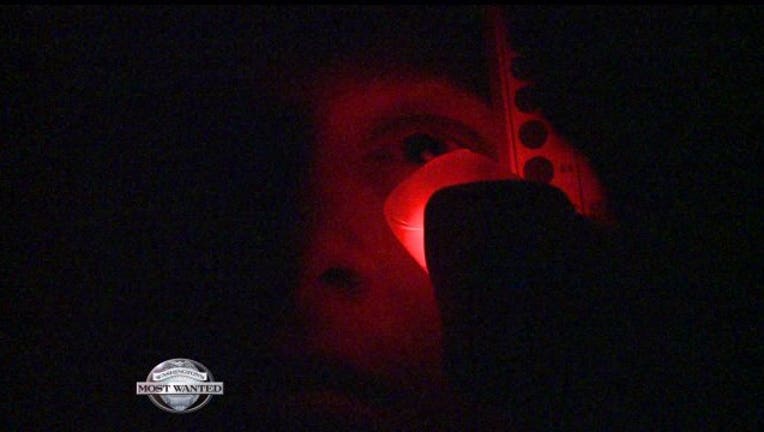 There’s drinking and driving and there’s “drugged” driving. It’s the latter that brings in drug recognition experts. They are trained to know and categorize the different types of drugs a person may have in their system- all by taking a suspect through a twelve step process. Sgt. Mark Crandall with the Washington State Patrol helps oversee this program and says, “We’ll do blood pressure, we’ll do pulses. We’ll look at their eyes. Every one of those is indicative of a different drug category.” A chart called a “pupilometer” can be helpful in determining whether a driver is impaired. It shows how your pupils enlarge or shrink in response to various drugs. Part of the test takes place in a dark room so officers can also see how the eyes react to the light. Of course, there are more obvious signs of being under the influence such as not being able to walk a straight line, touch fingers to nose or be cognitive of time or days. Drug recognition experts are generally called to a scene where a driver seems to be impaired, but passes a breathalyzer test. Once trained, these officers can determine if a person is on an illegal substance, prescription drugs or over the counter medication. “The D.R.E. is going to have the biological side of the impairment; the decreased pulse, the decreased blood pressure, the eye exams- everything that we have that will help testify to and present that case to be impairment,” Crandall explains. And a more solid case in court means those drivers are more likely to be held accountable and kept off the streets. “The men and women that are D.R.E. really are passionate about they don’t like going to fatality crashes. They do not like seeing impaired drivers. And so they’re always trying to solve that problem,” said Crandall.