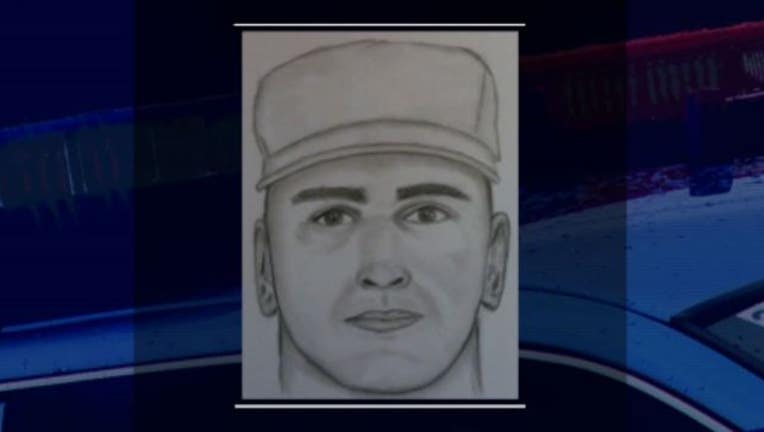 WANTED BY THE FBI -- The FBI hopes this sketch will help you identify a wanted bank robber in Yakima County. It's just been released since the suspect hit the Bank of America in Sunnyside back in November of 2012. It's not your normal heist because the robber never went inside the bank. "The bank robber drove up to the drive-thru area of the bank and demanded money," said Ayn Sandalo Dietrich with the FBI. Officials said he ditched the van a few hours later in an apple orchard in Sunnyside. "We know he couldn't have walked away from there, so we know somebody was working with him," said Sandalo Dietrich. "Somebody had to have picked him up. When we look to the public for information we're looking for even the smallest piece of information. Maybe somebody has a neighbor down the street who remembered them mysteriously saying that they had to run and pick up somebody at an apple orchard." The FBI thinks he's hispanic, with a medium build, and wore a beanie and safety glasses. If anything about this guy looks or sounds familiar, or any of the clues -- like that fake moustache -- ring a bell, call crime stoppers anonymously. If you need extra incentive to pick up the phone, know that Bank of America is putting up a $10,000 reward for information leading to his identification, arrest and conviction. If you recognize him or know anything about the case, call in an anonymous tip: CRIME STOPPERS: 1-800-222-TIPS You must call the Crime Stoppers hotline with your tip to be eligible to receive a cash reward for information leading to a fugitive’s arrest. CLICK HERE for information on how to TEXT A TIP to Crime Stoppers