Crime Watch Daily and Washington's Most Wanted are teaming up to help solve Chin's murder.

SEATTLE -- New Crime Stoppers posters are going up this week in Seattle’s International District offering an $11,000 reward for information leading to an arrest in the murder of Donnie Chin.

Chin was shot to death on July 23rd, 2015 around 3:00am at 8th Ave S. and S. Lane Street. He was a beloved member of the community and the Director of the International District Emergency Center.

The reward posters are written in both Chinese and English. 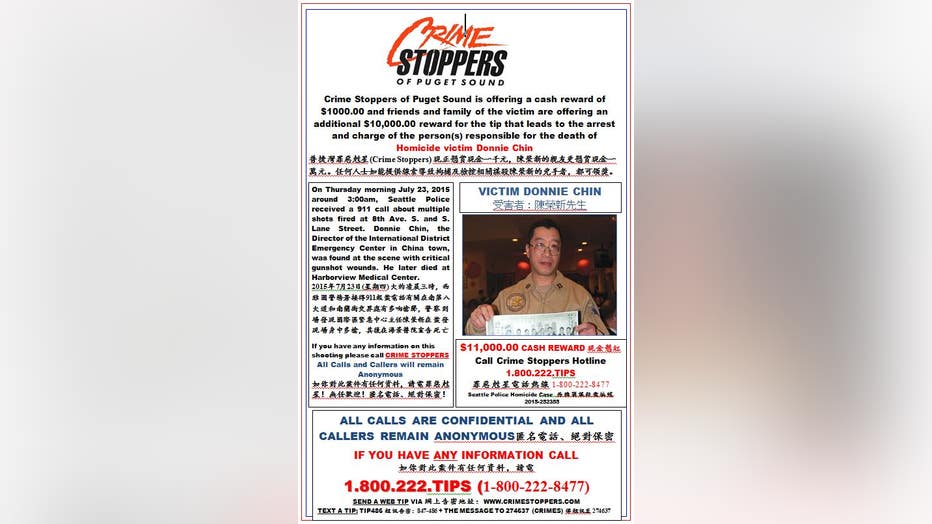