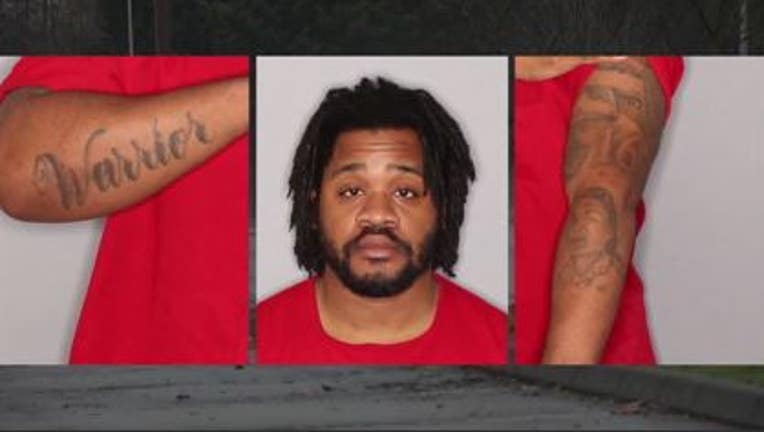 WANTED IN KING COUNTY - Dominique Dinwiddie is a robbery suspect accused of leading Kent Police officers on a dangerous chase through busy streets and the I5 freeway, shifting lanes. weaving in-and-out of traffic, causing other cars to crash and putting so many people's lives in danger -- all over a stolen cell phone.

Dinwiddie is wanted in King County for charges of 2nd Degree Robbery and eluding police.

Detectives say Dinwiddie walked into the Metro PCS store last year and stole a $1,200 iPhone XS Max, wrestling with a worker to steal the phone before bolting out of the store.

Police say he took off in a GMC Yukon.

The store clerk quickly called 911 with a description of Dinwiddie and his ride and that's how Kent Police  caught up to him. The court document say he drove so recklessly that the officers had to stop pursuing him and Dinwiddie got away. “The Yukon he was driving crashed. He fled on foot and hasn't been seen since. Mr. Dinwiddie has multiple warrants out for his arrest. A $50,000 warrant for the incident there in Kent. $25,000 warrant for a ‘no contact’ order violation and another for Theft 3. We very much want to get him in custody,” said King County Sheriff’s Sgt. Tim Meyer.

He has the word ‘Warrior’ inked on his right forearm and several tattoos on his left arm.

"The fact that it ended in a collision and he has been unable to be located for over a year now makes us concerned that the longer that he's out there and these warrants remain active, that he's going to be certainly a harm to the public,” said Sgt. Meyer.

If you know where he’s hiding, use the P3 Tips app on your smart phone that you can download for free to submit the information to Crime Stoppers of Puget Sound, or call the hot line at 1-800-222-TIPS(8477). It is anonymous and you will get a cash reward of up to $1,000 if your tip helps lead to his arrest.