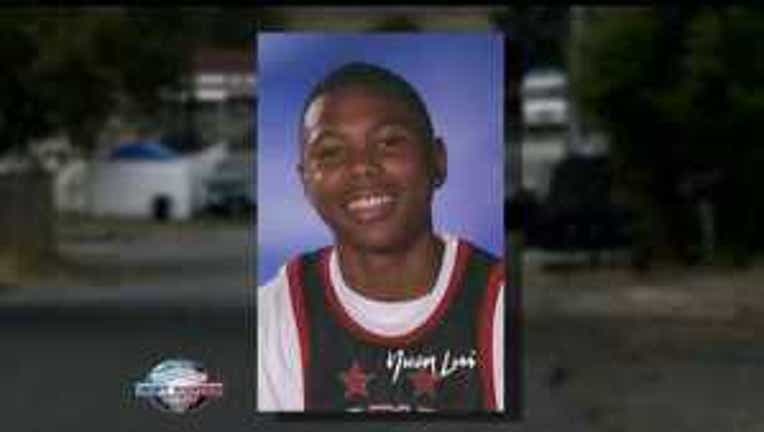 It was January 2008. A quiet Thursday night on Seattle’s south side, until gunshots shattered the silence. “South precinct officers had shots fired at around 8:30pm,” says Seattle Det. Rolf Norton. “Several neighbors had called in right along this street on South Rose. We had multiple units come, did an area search, contacted a number of individuals on the street. Everyone was consistent that they thought they heard shots, but that night no victims or eyewitnesses were located.” Unfortunately, there was a victim, 14 year old De’Che Morrison. Detectives say he ran after he was hit, then collapsed behind a parked car. De’Che came to Seattle to live with his aunt, Venus, when he was 10 years old. “He was always smiling. Wanting to make everyone else happy. Loved basketball. Loved his younger siblings and cousins.” The two became very close. He even named his young cousin, Kiani. Then, just three months before he was killed, De’Che moved out and was running with the wrong crowd. Det. Norton says, “I did not know De’Che in life, but I think it’s safe to say not everyone he was hanging out with had his best interest in mind” Det. Norton says ‘De’Che wasn’t alone that night, but apparently his companions didn’t realize the wound was fatal. “The next day members of De’Che’s family got a phone call from his friends, asking what hospital he was at, detailing that they had been shot at the night before. His friend apparently made an assumption that De’Che had gotten aid and gone to a hospital, but that was not the case. “ Venus was at work when she got word something bad had happened in the neighborhood. “I went into my supervisor’s office to look on the computer and find out what’s going on near Vince’s in the south end. She looked it up and said there’s a body that was found, but they haven’t identified them yet. So, I’m like ‘okay, okay’, and just praying that it’s not him.” De’Che’s body was found by family who had been out searching for him. “There’s a hole in my heart that can’t be filled. The way that they found him… alone and on the ground… that’s horrible.” Four years later, police are still trying to piece together what led to the murder of this 14 year old boy. “There was someone with De’Che when he was shot,” says Det. Norton. “And, I think it’s fair to say that not everyone around -- as far as his friends -- have been completely forth coming in all of the information regarding that night. And with time, we’re hoping those individuals will step forward, and will sit down and tell us exactly what happened.” “Whoever did this, just please admit that you did it to allow us to have closure,” pleads Venus. “We are never people who seek revenge or anything like that. We just want justice to be served for De’Che. Just to close this, so that we can move on with our lives.” If you know anything about the murder of De’Che Morrison, or have heard anything about this crime that may help investigators, call an anonymous tip into: CRIME STOPPERS: 1-800-222-TIPS You must call the Crime Stoppers hotline with your tip to be eligible to receive the cash reward for information leading to a fugitive’s arrest. Click here for information on how to TEXT A TIP to Crime Stoppers