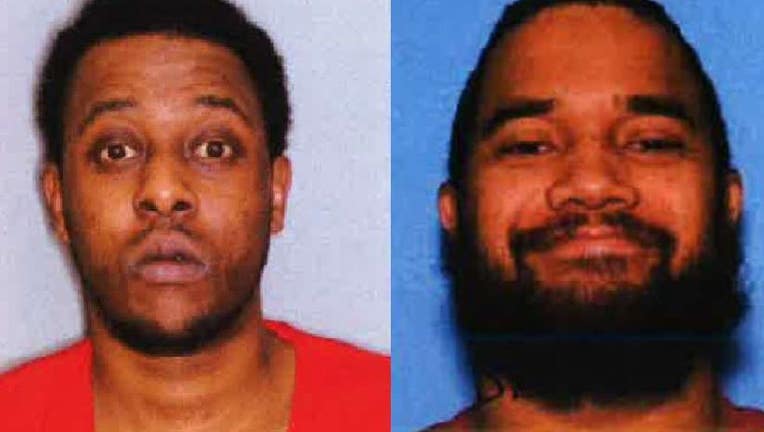 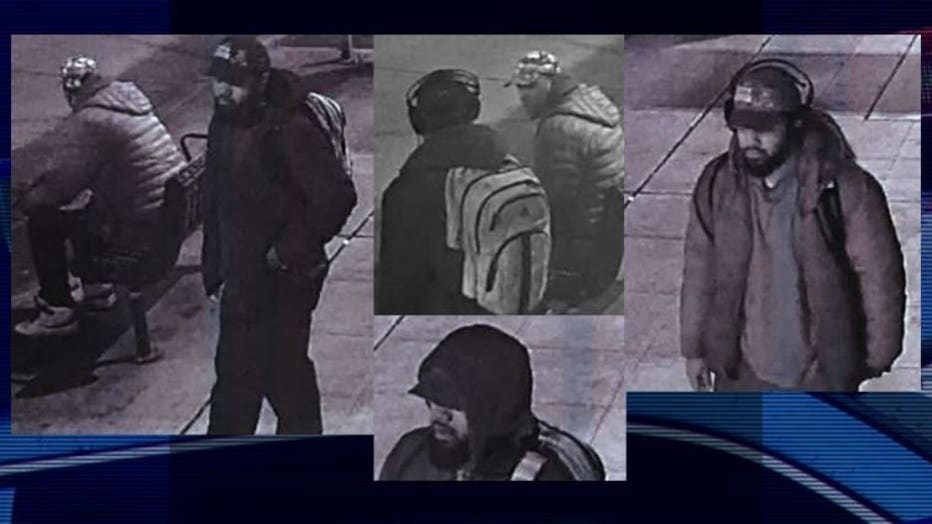 CAPTURE UPDATE December 18, 2020 - Seattle Police say they have identified and arrested the two suspects seen on surveillance video attacking a man who was waiting for a bus on Rainier Ave. S. in March.

Seattle Police say the other suspect who sat on the bench at the bus stop, got up to keep people from intervening and stole the victim's iPhone is 29-year-old Daylan Tharpe.

Detectives say Tharpe was identified thanks to Washington's Most Wanted viewers who watched the show in March. "I'm very happy to say that one of the first tips that came in actually named a suspect of interest. The robbery investigators followed up based on that tip, they made an arrest and made a charge. The subsequent investigation after that also proved valuable and it's all based on tips that came in from that show, so we've arrested and charged both suspects in the street robbery, so thank you for watching the show," said Ret. Det. Myrle Carner with Crime Stoppers of Puget Sound.

Detectives say Tharpe was arrested on April 2nd as he exited his residence at 2121 26 Ave. S. in Seattle.

He was found guilty in Septemeber of Assault in the Third Degree and two counts of Theft in the First Degree.

Noa was arrested on October 22nd and released the same day.

He is charged with two counts of Robbery in the First Degree and has a case setting hearing scheduled for January 14th, 2021.

------Original story March 21st, 2020------
WANTED IN SEATTLE --
The search is on for two suspects wanted in an extremely vicious attack on an innocent victim waiting for the bus.

Surveillance video from a bus stop in the 3700 block of Rainier Ave. S. in the Columbia City neighborhood at about 8:30 p.m. on March 6 shows the victim looking at his phone. The first suspect eases up behind him before exploding into violence, blindsiding the victim, knocking him to the ground and then brutally beating him — all to steal his phone.

Seattle Police robbery detectives are asking for your help to identify him. He’s black with a beard, 5’11", with a medium build, dark clothing and carrying a backpack.

There is a second suspect who was sitting on the bench who got up to stop anyone from coming over to help the victim.  He is also black, 6'2" and think.

Investigators say both of them need to be stopped now.

Police had blurred out the victim’s face in the surveillance video they gave me to protect his identity, but then 'Xander' agreed to talk with me on-camera to share his story in hopes it helps lead to an arrest.

The attack left him unable to work for a week.  "Broken nose, this whole half of my face was all swollen up and two chipped teeth," he said.

He is lucky his injuries weren’t worse. "They x-ray’d me and gave me a cat scan and they say nothing was out of place, or anything."

"Dropped my phone, but he didn’t give up quite yet and kept wailing on me until I used the trash can over there as leverage to get away."

At one point, a passerby starts walking over, but the second suspect got up from the bench and stopped the Good Samaritan from getting involved, telling him to back off, which he did. "I tried yelling for help, but I could see in his face, he was kind of scared too."

Eight days later on March 14 at about 5:30 p.m. at 35th Ave. S. and Renton Ave. S., just a mile south of the bus stop where Xander was attacked, there was another violent assault and robbery on a lone man walking down the sidewalk.

The first suspect starts to punch the victim and then jumps on his back as he tries to get away, knocking him down.  The second suspect approaches from behind an SUV and surveillance video shows him going through the victim's pants to steal his wallet.

"He comes up and actually holds the victim down while the other one puts the boots to him," said Ret. Det. Myrle Carner with Crime Stoppers of Puget Sound.

The video shows the first suspect stomping right into the victim's face before both suspects run off north up 35th Ave. S.. The victim is left lying on the pavement with significant head injuries. "Broken nose, concussion, brain injury, lacerations, all of this for one wallet," said Ret. Det. Carner.

Seattle Police say the method in both blitz attacks is similar, as is the race, age, stature and some of the clothing.

"I'd say there's probably a 97% chance that these are the same two guys, which tells me, it’s a week between, they’re probably going to continue, because they scored a cell phone, they got a wallet, who knows what they're going to go for next. We're going to offer up to a $1,000 reward on each of these cases. All we need is information on who these guys are," said Ret. Det. Carner.

'Xander' says he still needs dental work to fix his chipped teeth. He has to be careful with his hands, because the beating scraped-up his knuckles. They started bleeding during our interview. He's keeping a brave face about what happened and says the assault has left him much more aware of his surroundings.

"I don't put my earbuds in and I always look around now before I go anywhere," Xander said.

Sound advice for everyone in this neighborhood until these two vicious suspects are caught.

"I usually respect the law, so I always want people who did a crime to get caught. To keep it simple, crime doesn't pay," said Xander.

Again, police say the first suspect is black with a beard, in his 20's, 5’11", with a medium build and carrying a backpack.

If you know either of their names, locations or any other information, submit an anonymous tip to Crime Stoppers of Puget Sound through the P3 Tips App on your cell phone, or call 1-800-222-TIPS(8477). It is anonymous. You can also go to www.P3Tips.com to submit the information.  You can send photos of the suspects through P3 Tips to detectives.  There is a cash reward of up to $1,000 offered for information that leads to the arrest of either suspect.

You must submit a tip to Crime Stoppers in order to be eligible for the cash reward even if you provide the information directly to law enforcement.