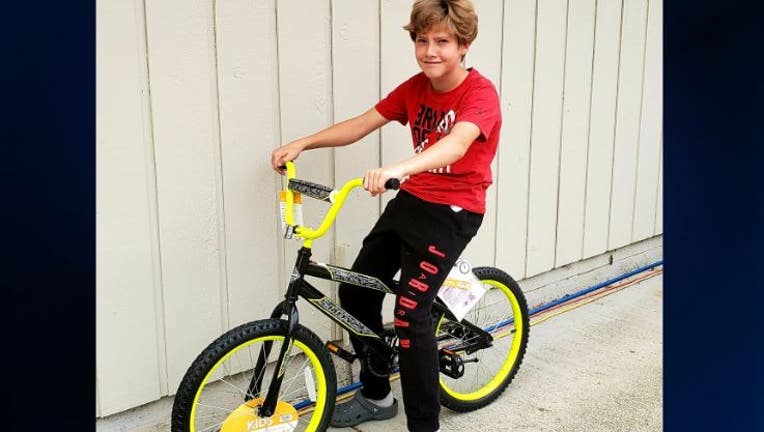 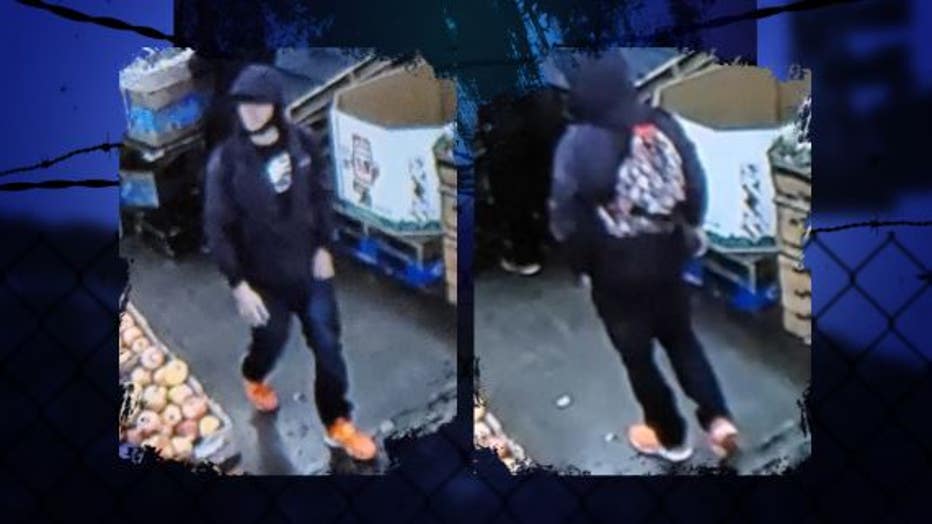 PIERCE COUNTY - It doesn't get much lower than stealing a kid's bike, but that's exactly what one suspect did in Pierce County.

The 13-year-old and his friends pushed their bikes into the Saar’s Super Saver Foods store on Pacific Ave. S. in Tacoma on September 8th and left them right in front of the teller to keep them safe.

A few minutes later, surveillance video shows a guy with a backpack walk up, bend over to pick up the bike and then out the door he goes. The video shows the clerk clerk chasing after him.

“This bike might have meant a lot to this kid, just like a really nice automobile, or prize possession for somebody else. It might be his transportation, how he gets around, so we still want people to let us know who the criminals are, so we can hold them accountable,” said Det. Ed Troyer with Crime Stoppers of Tacoma-Pierce County.

You never get a decent look at the suspect's face, but he's wearing distinct orange shoes and his backpack is black and white with some orange and red on it.

If you know who he is, submit an anonymous tip to Crime Stoppers of Tacoma-Pierce County, who has already taken steps to right this wrong.

“I`m very lucky to be part of Crime Stoppers and I have a great Board and when they heard about what happened and how much this kid needs a bike, we wanted to make sure that we were able to get him a bike. We run Toys for Tots, so we have some extra bikes for things like this, so we want to get this bike to the kid, so he can get mobile again and maybe believe in society a little bit and not always believe in being a victim, or what happened to him, because I know it meant a lot to him,” said Det. Troyer.

Jeffery was surprised with his new bike on Wednesday.

If you recognize the suspect, or know anything that can help identify him, use the P3 Tips app on your smart phone that you can download for free to submit the information to Crime Stopper of Tacoma-Pierce County, or call the hot line at 1-800-222-TIPS(8477). It’s anonymous and you’ll get a cash reward of up to $1,000 if your tip helps lead to his arrest.