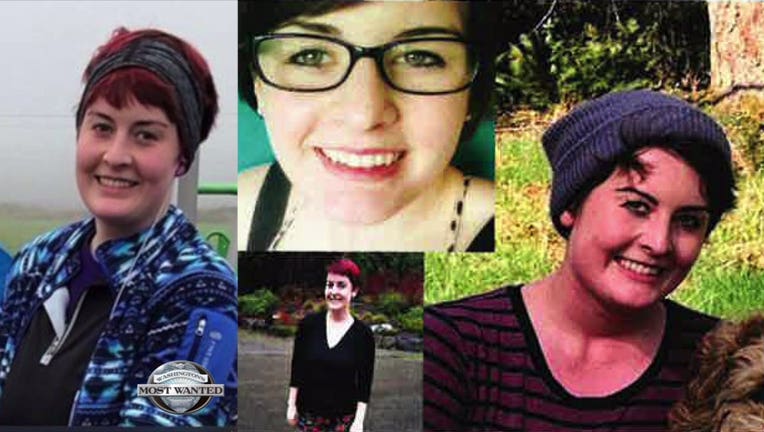 Harris' family and Crime Stoppers of Puget Sound are partnering to offer a large $20,000 cash reward for any information on where she went.

Her mother and brother have been posting flyers with a bar code that can be scanned to take people to a special Facebook page to follow any developments. "Our whole family is missing her. I miss my sister and my folks are missing their daughter and we just want to know where she is," said Kenna's brother, Hunter Harris.

A billboard that the good folks at Sno-King Veterinary Clinic in Lynnwood have out front is there to remind people that Kenna has not been found..

Parker Outdoor has also generously donated electronic billboard space in two locations: One near the Costco in Woodinville and the other one in Everett, on Airport Road, about a quarter mile east of Highway 99 and near the Home Depot.

Kenna's mom is doing everything she can to try to find her and hopes that raising the Crime Stoppers reward to $20,000 will garner the information they desperately need.

Surveillance images show Kenna taking a community transit bus to the city of Snohomish on Tuesday, March 31st. She has not been heard from since. She lives in Monroe with her parents and didn't show up for work that day. She was carrying a light green yoga mat and a Dakine backpack with light blue and yellow accents. Detectives say Kenna was last seen at the Subway restaurant in Snohomish on Bickford Ave. about 2pm that day. 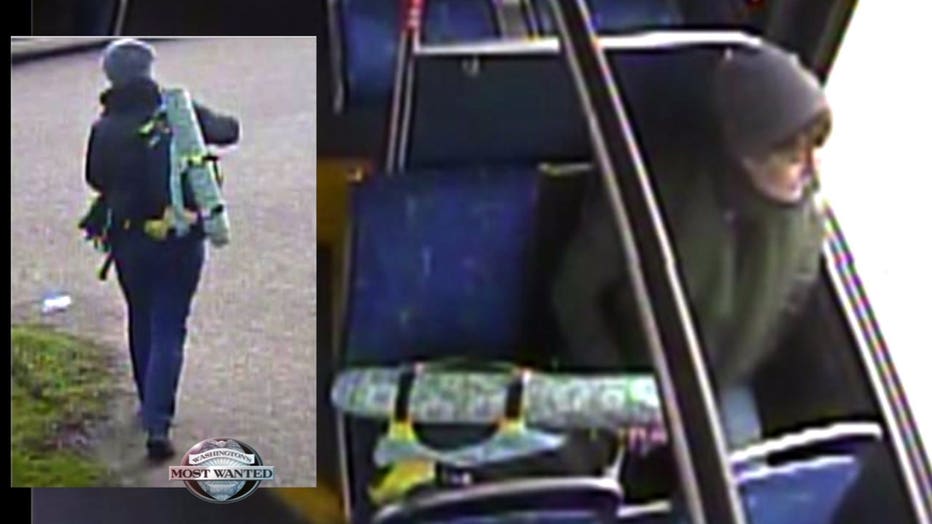 Her cell phone has been powered-off and detectives have not been able to find anything suspicious on her computer, but they are very concerned for her safety. Kenna's family says she is a survivor of a high-speed rollover that left her with cognitive and memory issues, as well as spinal injuries.

"She wouldn't ever cause me to worry, so we are pretty concerned that there is some reason why she can`t reach out to us," said Kenna's mother, Kelli Harris.

"As far as we know, on the day that she turned up missing, she had all of her medications with her," said Ret. Det. Myrle Carner with Crime Stoppers of Puget Sound. "Typically, you can find out where the individual is. They make contact with someone or so forth, but in this specific case, nothing. That`s really rare. That`s part of the reason why we`re upping the reward, because we want to know your information. I don`t care how small it is. If you know anything at all, now is the time to give us a call," said Carner.

Her family is worried and detectives are stumped and hoping you can help find her.

Below is the flyer with a bar code that you can scan to take you to a special Facebook page to follow any developments.

Kenna has short reddish-brown hair, is 5’8” tall and has hazel green eyes.

If you know where Kenna Harris is, or have any information at all that can help Snohomish County Sheriff's detectives and her family figure out if she's okay, submit an anonymous tip to Crime Stoppers of Puget Sound through the P3 Tips app on your cell phone, at www.p3tips.com, or by calling the hot line at 1-800-222-TIPS. Again, there is a cash reward of up to $20,000 if you can help find her. 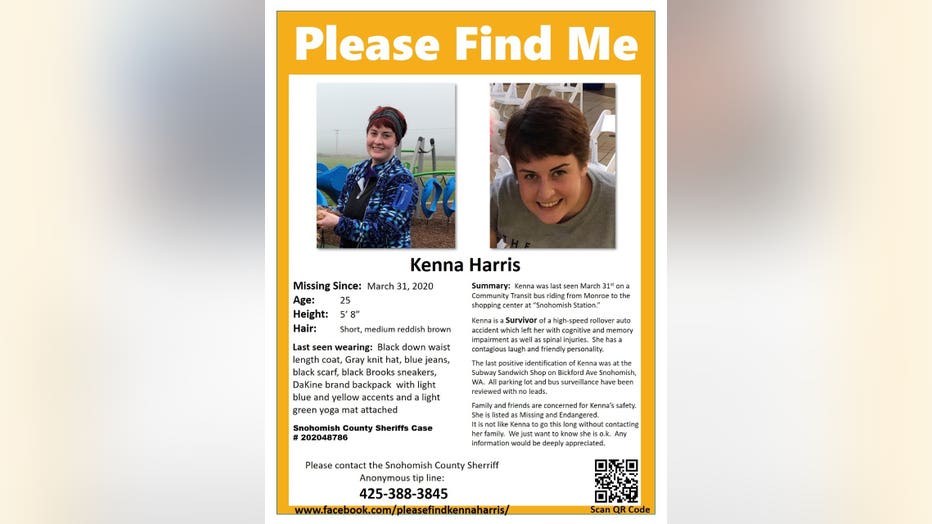