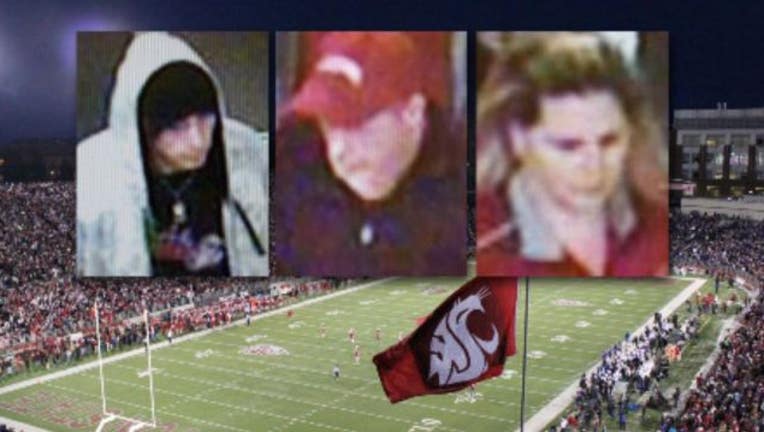 WANTED BY WASHINGTON STATE UNIVERSITY POLICE --  Police say a crew of crooks caught on camera at the Wal-Mart in Moscow, Idaho -- which is just 15 minutes away from Pullman -- used credit cards stolen from an RV that was broken into while everyone was at the Cougar game against Oregon State on October 12th. The RV was parked on campus right by the stadium, and officers say the thieves also used bolt cutters to steal a $1,000 generator that was chained-up to their RV. Two of the three suspects are even wearing Cougar gear likely to blend in with the real fans. The woman is wearing a WSU jacket, and the older guy has a WSU hat. The crooks didn't waste anytime cashing-in on their crimes -- first hitting an electronics store for about $500 worth of stuff. Then police say they headed to Wal-Mart where they really racked up a bill -- about $1,500 total -- including big items you can see them carrying out, like speakers, a TV mount, and a child's car seat. At least one of them must have a kid because they also bought diapers and baby wipes. 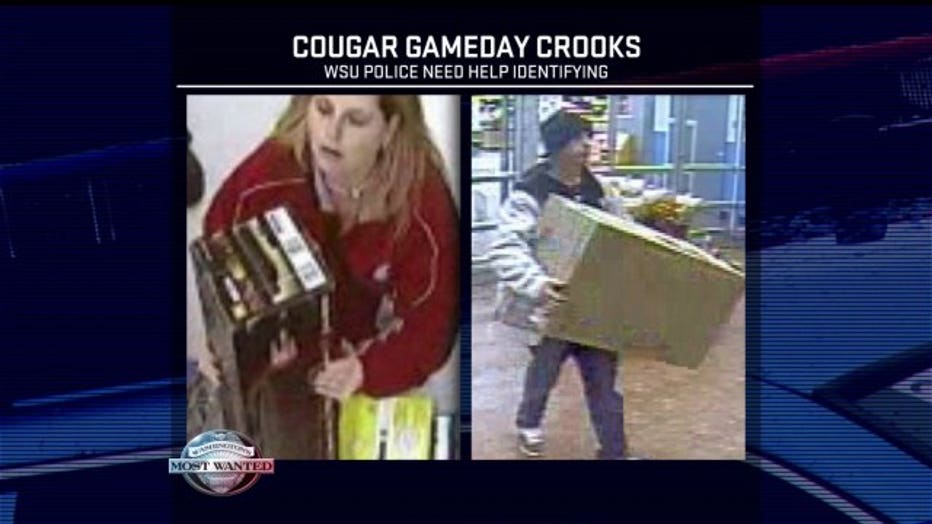 Officers say the two guys took off in a gold-colored car. The woman drove off in a small red sports car. These three likely aren't real cougar fans at all, but they're definitely predators on the prowl and waiting to strike when the coast is clear on gameday. If you can identify them for WSU police, call an anonymous tip into: CRIME STOPPERS: 1-800-222-TIPS You must call the Crime Stoppers hotline with your tip to be eligible to receive a cash reward for information leading to a fugitive’s arrest. CLICK HERE for information on how to TEXT A TIP to Crime Stoppers 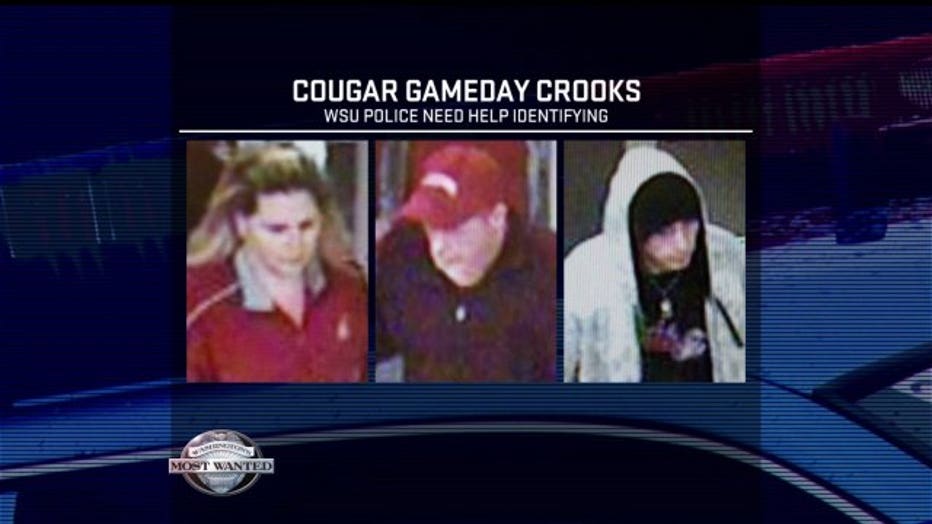