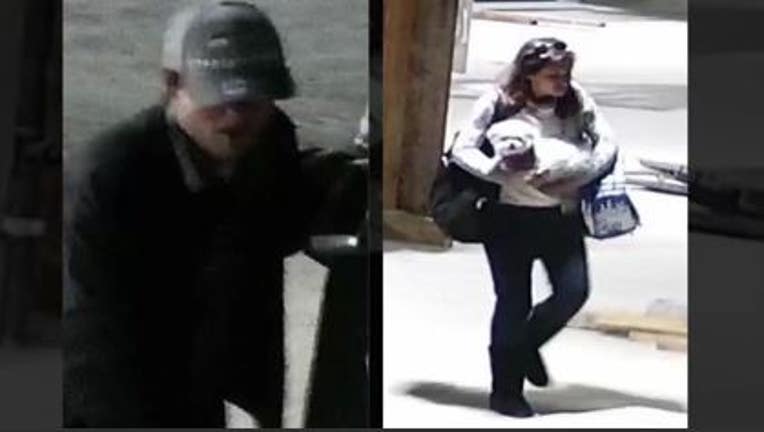 WANTED IN MOUNTLAKE TERRACE - Mountlake Terrace Police are asking for your help to identify a crew of copper wire thieves who thought they were pretty crafty until some good security foiled their plan.

Take a good look above at the woman who carried a dog around during the theft at a large construction site on Wednesday, April 21st. Detectives say she's known to hang out at the Studio 6 Mountlake Terrace motel that's near the site and her name may be ‘Stephanie.’

One of the two male suspects wore a really unique gray Seahawks Super Bowl champions hat like the one below. You can see he still has the store sticker on the hat that goes all the way back to 2014. 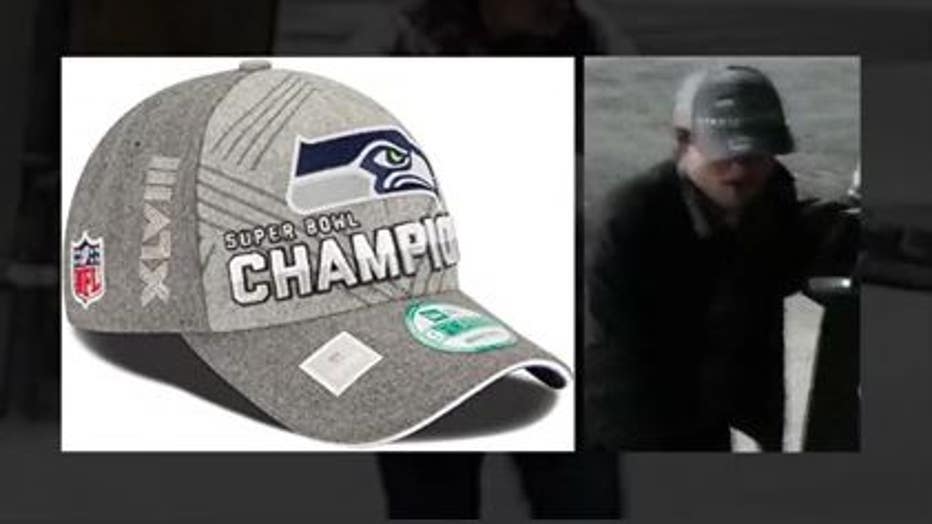 Detectives say the three suspects snuck onto the property at about 1am.

"The construction site is right underneath where the Sound Transit lines are going and it's all fenced-off. It's got chain link fence, so it's all secure and they were able to go through the chain link fence to enter into this building under construction," said Mountlake Terrace Police Det. Pat Hatchel. "They come into the back part of the building, they go into the building and then they start taking copper wire, huge, huge bales of copper wire. And, I mean, the copper wire's really heavy, so they used a bicycle, or they rolled it in the big spools that it was on. And, eventually they tried to get it out of the building. Well, they had tripped a silent alarm and the police show up and the police actually see them and they see the police when they walk out with a bicycle full, loaded with stolen stuff. And, then they turn around and they ran and the police went around and we're unable to get them. They were able to run off."

The officers recovered a bunch of copper wire the suspects stashed in the woods behind the building. It's believed they were planning to come back to get it later

"There were three of them. There were two males. One of the males we don't ever get on video very well. And, there's a female who actually brought her little dog along with her and she appears to be mostly the lookout for this," said Det. Hatchel.

If you recognize her and her dog, or the guy wearing the Seahawks hat, or simply know anything at all that can help Mountlake Terrace Police identify them, submit the information to Crime Stoppers of Puget Sound through the P3 Tips app on your smart phone that you can download photos to, as well. Or, you can call the hot line at 1-800-222-TIPS(8477). It's anonymous and a cash reward is yours if your tip helps lead to any of the suspects’ identities. 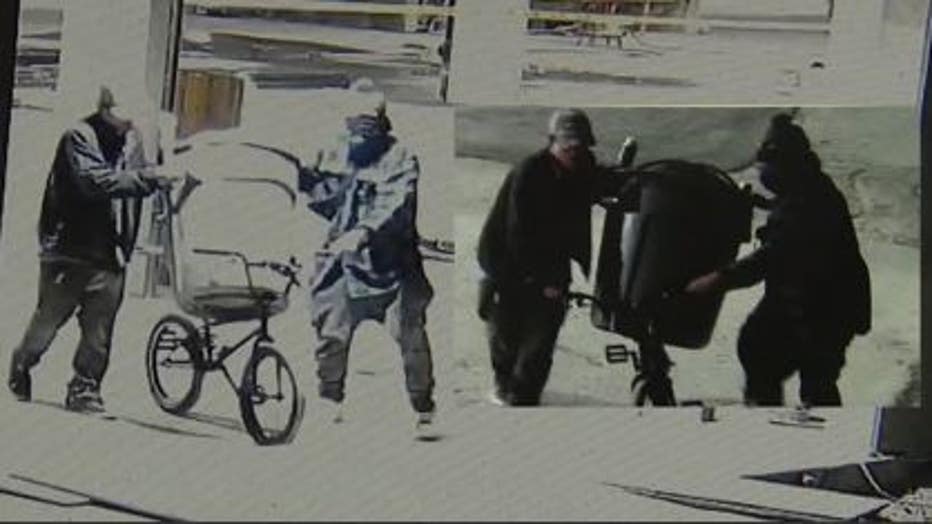 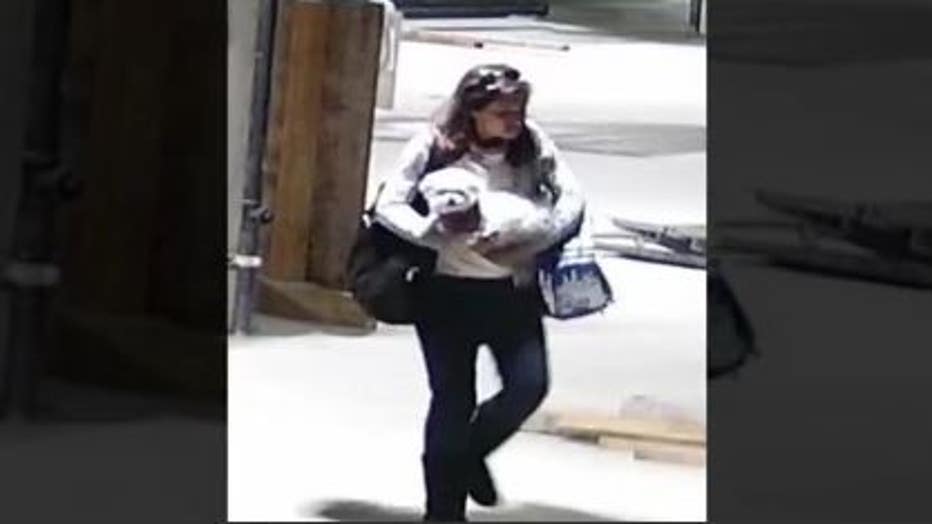