WANTED IN SNOHOMISH COUNTY -- A laptop locked in a store security case wasn't stopping this computer-stealing crook. He's shown on his phone, walking into the Walmart in Tulalip early in the morning. After casing the place for a while, he heads on up to the electronics counter, where the boxed-up computer is stored.  He spends about a minute working to get his hands on it, and finally sliding it out from the locked case and walking away. He's pretty bold since that customer you see spotlighted (in the video) on the left was standing there shopping the entire time he was lifting the laptop. From there, he starts heading down an aisle with that big box. So his next move is to get the computer out of it. You can see him look around as he starts to open it and before you he walks off-camera. After that, he hides the computer in his coat -- and walks out of the Walmart. Here are the three best looks at the guy. Detectives say he's white with a scruffy beard.  Here, he's wearing that dark, puffy vest, and it looks like his blue sweatshirt underneath has the Vancouver Canucks hockey logo on it. You can make out the orca that's part of the big "C" -- just like the team's logo. The penalty box -- behind bars -- is exactly where this accused computer-stealing crook needs to spend some time. If you can tell Snohomish County detectives who he is, and help make that hard-time happen, call an anonymous tip into: CRIME STOPPERS: 1-800-222-TIPS You must call the Crime Stoppers hotline with your tip to be eligible to receive a cash reward for information leading to a fugitive’s arrest. CLICK HERE for information on how to TEXT A TIP to Crime Stoppers 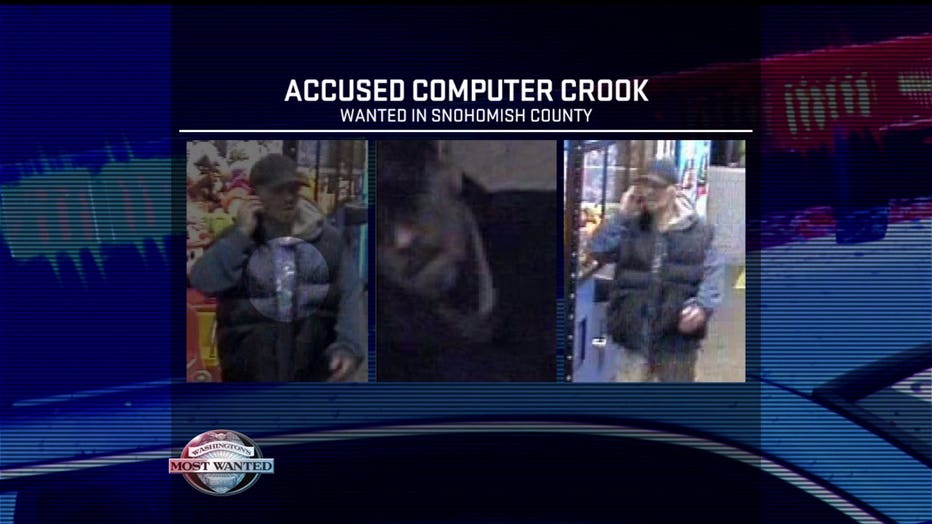 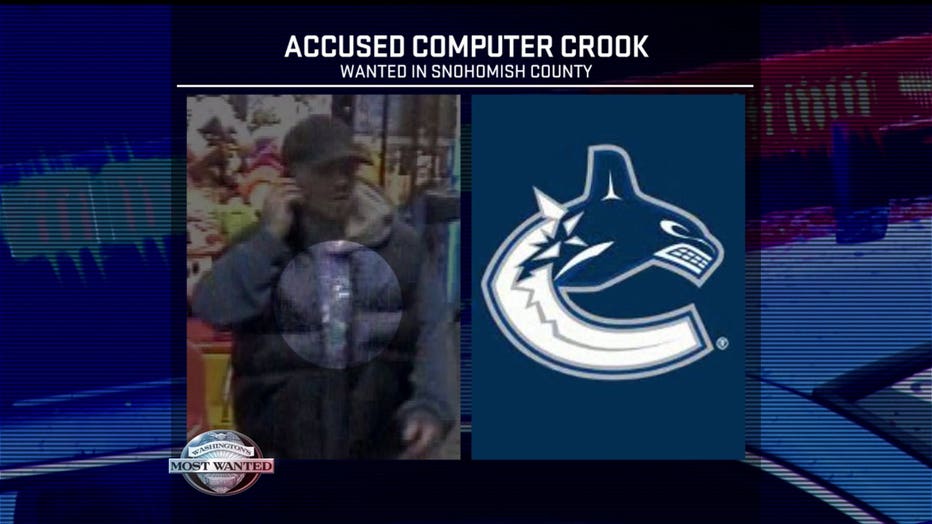