WANTED BY ISSAQUAH POLICE --  Check out these two Chinese gold panda coins. Collectors say they're valued at about $1,400 each and tough to get, but not for a thief who swiped them right from under the owner's nose. Police say the suspect strolled into a coin store in Issaquah and specifically asked to see the Chinese gold panda coins. Gene Henry owns four of 'em.. brought them out for the soon-to-be thief to see.. turned around to check his computer for a second.. but when he looked back -- the crook had taken two of the coins -- and bolted out the door. "I raced to the door like this and I yelled, "Mike," back me up," Henry said. "And Linda went right to the phone and called 9-1-1...  he was right about there when I got out the door and running as fast as he could run, so I took off after him. I thought I lost him amongst the parked cars, but I wasn't sure and I stood in the parking lot in front of Trader Joe's for a good 15 to 20 minutes, and meanwhile a squad car pulled up from Issaquah poilce." 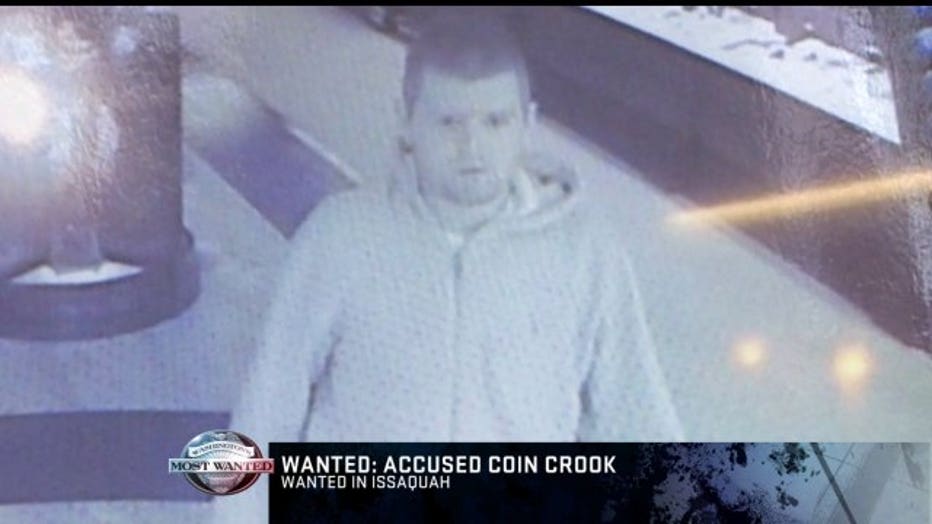 If you know who this coin crook is, tell Issaquah detectives his name. Call an anonymous tip into: CRIME STOPPERS: 1-800-222-TIPS You must call the Crime Stoppers hotline with your tip to be eligible to receive a cash reward for information leading to a fugitive’s arrest. CLICK HERE for information on how to TEXT A TIP to Crime Stoppers