WANTED BY U.S. POSTAL INSPECTORS IN YAKIMA --
Postal Inspectors call it ‘Operation Safe Delivery’ -- an ongoing effort to target package thieves that are prolific this time of year.

They set up bait packages in two cities this week, Oak Harbor and Yakima. 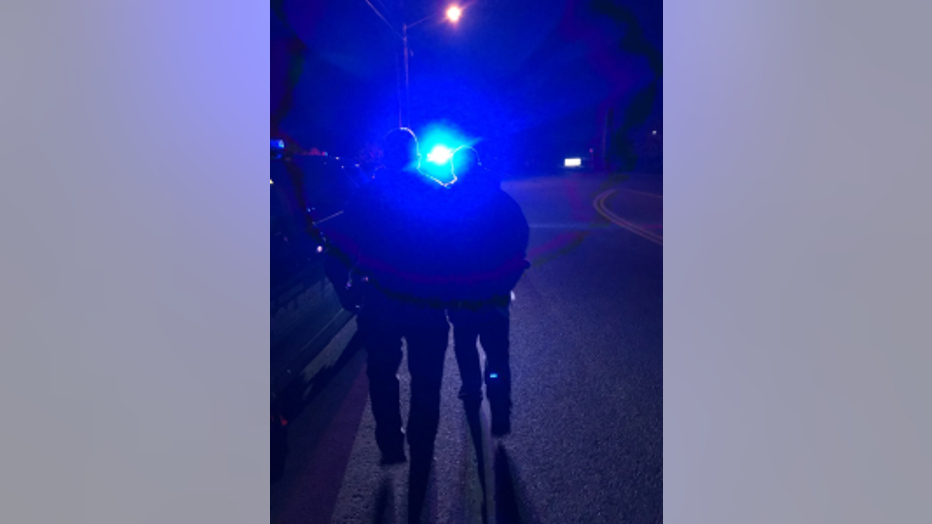 Inspectors say the suspect arrested in Oak Harbor stole the bait box and was quickly arrested.   Inspectors say Chris Masters had some stolen checks and ID's on him.  He had multiple warrants for his arrest.

Surveillance video in Yakima show a suspect stealing two packages off a porch. He got away, but inspectors say they have identified him as Christopher Trosper. He's wanted now for Theft and Possession of Stolen Property.

Video is key, so if you have a surveillance system, make sure you have it set at eye level and know how to use it. "There's countless camera systems out there, but whatever you end up choosing, whatever you end up buying, if you have one, take a couple extra minutes, an hour or so, learn how to download that, learn how to share it,” said U.S. Postal Inspector John Wiegand. “We run into that all the time where, 'Hey, this person's got great video,’ but it's just on their phone, that they're pulling from the Cloud and they can't download it, or send it to us, or they don't know how to and then by the time they figure out how to do it, their Cloud system is already burned over it and it's gone."

If you know where Christopher Trosper is hiding, call 911 or Yakima County Crime Stoppers at 1-800-222-TIPS(8477). You can also use the P3 Tips App to submit the information.