WANTED IN SEATTLE -- Recognize this accused cash register-robbing crook wanted in Seattle? Watch the video and check him out right before his heist -- caught on camera at the 76 gas station on Rainier Avenue, casing the place from back by the cooler. Then, when the clerk goes outside to sweep -- he pounces -- coming behind the counter, creeping around, and taking the cash. But, it looks like someone startled him, as you see him run to the back and peek around the corner. Detectives say he got away with more than $1,500, and think this is the same guy, seen in the photos below, at a Laundromat where he's accused of stealing nearly $1,000 bucks from a safe -- $700 of it was all in change. 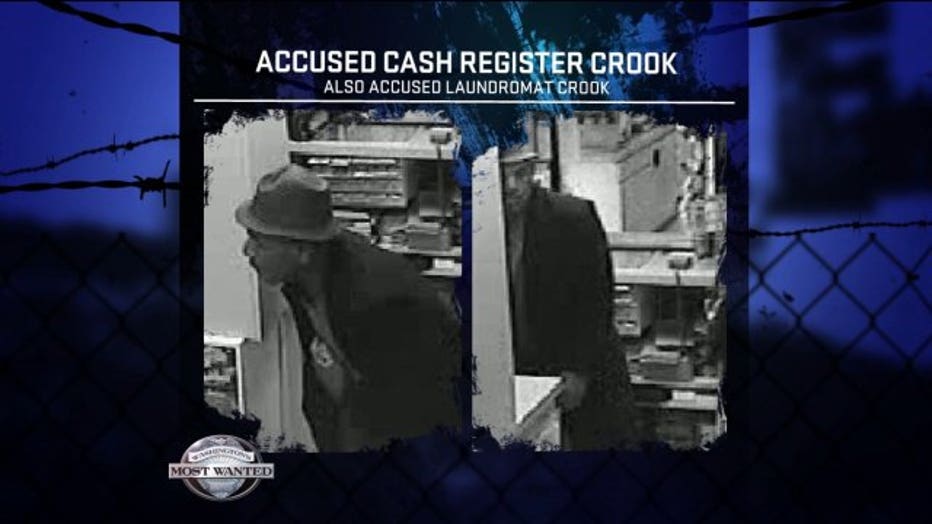 If you recognize anything about this accused crook caught on camera, call an anonymous tip into: CRIME STOPPERS: 1-800-222-TIPS You must call the Crime Stoppers hotline with your tip to be eligible to receive a cash reward for information leading to a fugitive’s arrest. CLICK HERE for information on how to TEXT A TIP to Crime Stoppers