Carlos Camarena: Search on for jail escapee in Grant County

GRANT COUNTY, Wash - Carlos Camarena, an inmate trustee who escaped from the Grant Co Jail on July 4, 2021 was captured without incident on Saturday morning.

Based on a tip, Grant County Sheriff’s deputies and Ephrata Police found Camarena at a home at 35 G Street Northeast in Ephrata.

He's now back in jail. 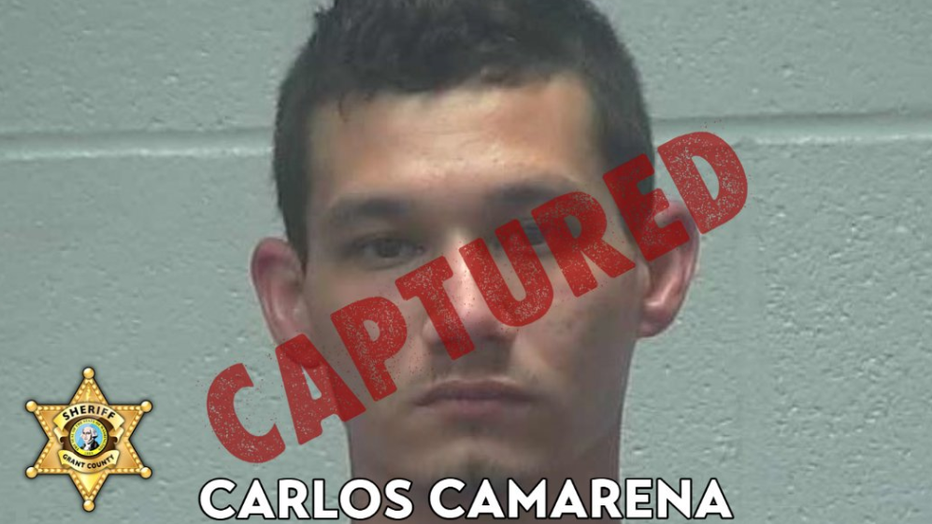 Deputies are on the hunt for Carlos Camarena, 25, who escaped Grant County Jail on July 4.

Camerana was serving his 240-day sentence for burglary and theft while working as a jail trustee in the kitchen. He was taking the trash out when he escaped.

He is now wanted for first-degree escape and police believe he is still in Grant County area.

Camerana was scheduled for release in January 2022, according to deputies.

"He had a lot more freedom to do other things around the jail than to be locked up behind bars but whatever it was that caused him to do that, we want him back so we're asking anyone if they know where he's at to let us know so we can go pick him up," said Kyle Foreman, spokesperson for the Grant County Sheriff's Office.