She was arrested on July 31st at the Red Apple Motel thanks to a tip to Crime Stoppers of Yakima County, after she was featured on Washington's Most Wanted.

Police say she and two men tied up a man's arms and feet with electrical cord, duct taped his mouth and then beat him with a 2x4, breaking his nose. Officers say they then stole his wallet, cell phone, keys and truck. A couple driving by spotted him in his yard after the suspects left and were able to untie him and call for an ambulance. His stolen truck was found later that day. He told officers he has known Ramirez for some time. The other two suspects were not identified by name in the charging documents.

The Department of Corrections in Yakima County is also after her for breaking probation on a meth bust.

Her rap sheet shows a slew of convictions for assaults and thefts.

Along with that huge ‘12’ on her throat, she's also inked with tattoos above her right eye and ‘haters’ with a four-letter swear word in front of it inked down her left jaw line. 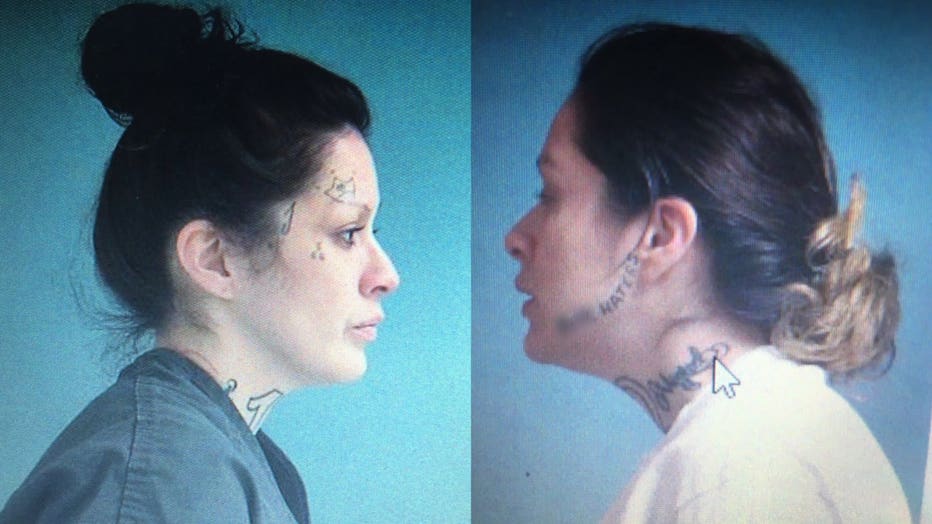