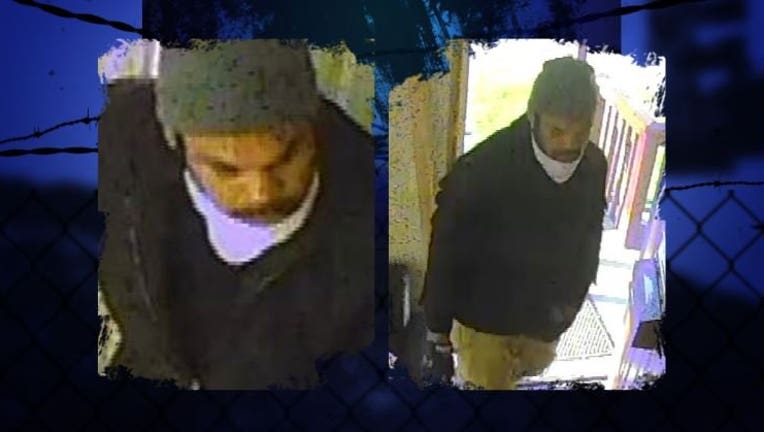 Detectives say he was identified from Washington's Most Wanted viewer tips to Crime Stoppers of Puget Sound as the suspect who broke into The Trade Store and Affordable Car Rental, smashed up the place and burglarized it

Leuelu is Washington's Most Wanted Capture #1150 thanks to tips from our viewers. 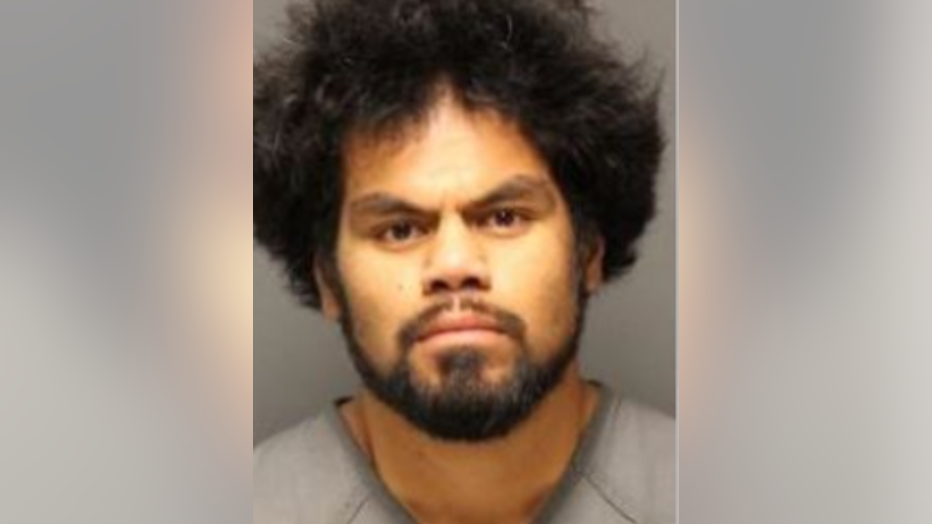 WANTED IN PORT ORCHARD --
Port Orchard Police need your help to identify this despicable burglary suspect who kicked in the front door of The Trade Store and Affordable Car Rentals at 1283 SE Sedgwick Rd. last Friday.

Crime Stoppers of Puget Sound will pay you a cash reward of up to $1,000 if you know his name, or have information on where to find him.

His mask slipped down so you can see he has a beard and mustache.


"Took sledge hammers to our till up front. Broke into the back room where all the keys are for the vehicles. Then made it into the back office, took every laptop, computers," said owner Don Ryan. The thief can be seen on video loading up the electronics and other stolen items into one of Don's trucks which he also took.

"It is devastating on top of everything that has happened."

The businesses Don owns support 25 to 45 local families. It's a huge financial hit with no income right now, because of the government shutdown.

"We have to rebuild our computer systems, our data, all of our financials. In the process, they got a hold of not only our keys, but every checkbook for every one of our small businesses."

There was only one suspect seen on video inside the store, but detectives believe there was a carload full of thieves parked nearby. "Through the cameras of the building next door where the gym is, they have a security camera that looks at our lower lot which is normally leased to a taco truck during the day and there is a car with multiple people in it."

The crooks returned Friday night and stole two cars from the lot. "We called a company to re-key and re-program every vehicle on our lot to try to deter any more theft. They still came back two nights later and were able to alter a vehicle, get in a vehicle and drove it down a 40-foot embankment that the car should have rolled over on and they still got it out."

Lakewood Police found one of the stolen vehicles on Tuesday. Don's stolen truck was found in Tacoma on Thursday. Detectives are processing the vehicles for evidence. A stolen Silver 2013 Ford Focus and Red 2012 Kia Sportage have not yet been found.

Police say 5 to 6 thieves returned. Some were in the stolen red 2012 Kia Sportage. They tried to steal another truck, crashed it in a ditch while trying to leave. They all fled. No success on a K-9 track, because they had vehicles parked nearby.

"This type of vicious theft, we want them gone. We want them put behind bars, because it isn't about us. It's the next business that's locked down, or out of business. Everybody's doors are shut, everybody's lights are off and who's next? These guys aren't stopping for anything right now," said Ryan.

If you can identify the burglary suspect or have any other information to help Port Orchard Police, submit an anonymous tip to Crime Stoppers through the P3 Tips App that you can download to your cell phone for free. You can also go to www.P3Tips.com to send information and photos to detectives. You will never be asked to give your name. You can also call 1-800-222-TIPS(8477) if you are dialing from a local area code. Again, there is a cash reward of up to $1,000 for any information that leads to an arrest in the case.