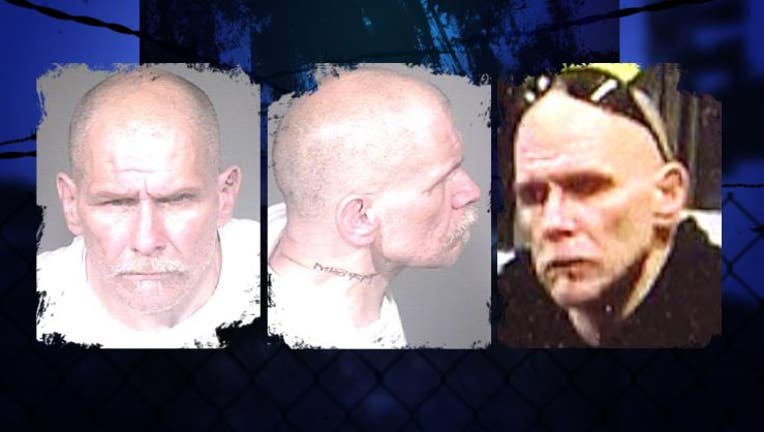 BAINBRIDGE ISLAND - Thanks to you, a man accused of stealing a woman's purse and going on a shopping spree with her credit cards on Bainbridge Island has been identified and charged in the case.

Detectives say Washington's Most Wanted viewers recognized him from surveillance video showing him walking out of a Safeway store and called in the tip that identified him as 49-year-old Robert Vernon Buck.

"Boy, I tell ya, anyone that goes on Washington’s Most Wanted certainly has a high chance of getting picked-up, because we’ve used you quite a bit and was able to catch them. Robert Buck is one of them. Someone identified him, in fact, we had quite a few people identify him, call us, get in contact with us and give us some information. We used the information to get a warrant for his arrest and he was picked up a few months ago in the Tacoma, or Seattle area. Kitsap County Sheriff’s Office did the transfer and picked him up by the Tacoma Narrows Bridge,” said Bainbridge Island Police Det. Erik Peffer.

Detectives say this surveillance video shows Buck coming into another store to use a stolen credit card to load up his cart. The cards he used were taken from a woman's car while it sat parked in the driveway of her home. Clancy Jacobsen is a single mom and school teacher. Her son forgot to lock the door and she forgot to take her purse out. She also had her driver’s license, gift cards and cash stolen, but what she lost most of all is her sense of security. But now, she says Buck's arrest is giving her the relief she's been waiting for. "My hope, number one, of course, is hopefully an apology and that this person doesn’t do it again. Hopefully other people will see it as a warning to them, that stealing other people’s property, you don’t know who you’re stealing from and this time it was a single mom with two kids. It’s not okay and you’re hurting people and families, so hopefully at least, for this specific person, he won't do it again,” said Jacoben.

He was released from jail on personal recognizance after his arraignment and has a court date set for late next month.