STANWOOD -- The Snohomish County Violent Offender Task Force and the Western District of Washington Fugitive Task Force arrested Charles William Ellis this afternoon thanks to an anonymous Crime Stoppers tip from a Washington's Most Wanted viewer.

He was located in Stanwood when deputies spotted him driving by his grandfather's home.  Ellis is WMW Capture #1013 thanks to tips from our viewers.

EVERETT -- The Snohomish County Violent Offender Task Force and the Western District of Washington Fugitive Task Force are asking for the public's help to find Charles William Ellis.   The 32-year-old level 2 sex offender was convicted of child molestation.   He's wanted now for Failure to Register as a Sex Offender and for Escape from Community Custody.

"We want him caught. He continues to repeat and commit the same crime he's done jail time for before and he still continues to not register as a sex offender in Snohomish county," said Courtney O'Keefe with the Snohomish County Sheriff's Office. 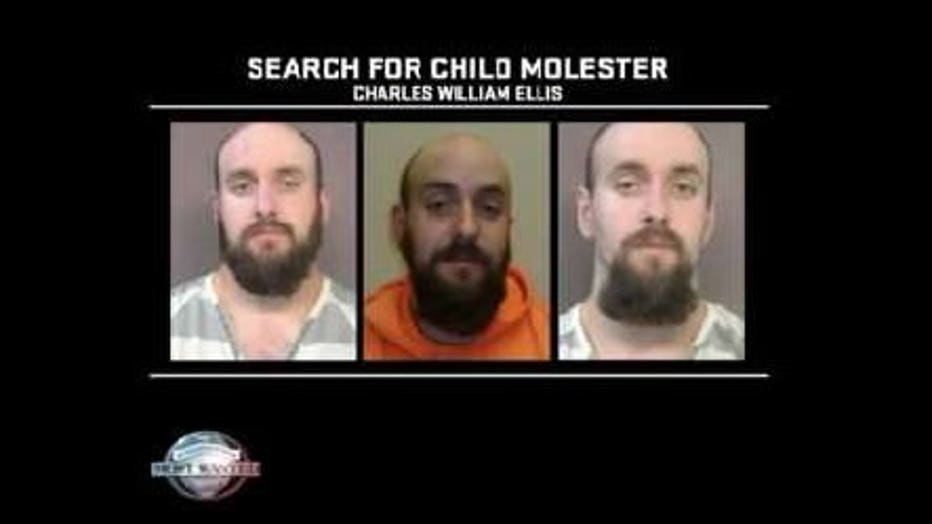 Ellis is known to use his middle name as well as various aliases.  Deputies say he has a history of defrauding people in the construction industry.

Anyone with information about Ellis or his whereabouts is asked to call Crime Stoppers of Puget Sound at 1-800-222-TIPS (8477) or use the P3 Tips App on your smart phone. You can also submit information at http://www.P3Tips.com.  There is a cash reward of up to $1,000 offered for information that leads to his arrest.