PORT ORCHARD -- Alex Petro appeared in Kitsap County court Tuesday afternoon.  He was arrested last Friday by Kitsap County Sheriff's detectives and Bremerton Police thanks to Washington's Most Wanted viewer tips to Crime Stoppers of Puget Sound.   "Mr. Petro was located using investigative means that are inherent to our profession. However, with input from Washington's Most Wanted, that helped things move along and he was located walking 10th street west bound in the city of Bremerton near Park Ave," said Kitsap County Sheriff's Deputy Scott Wilson. 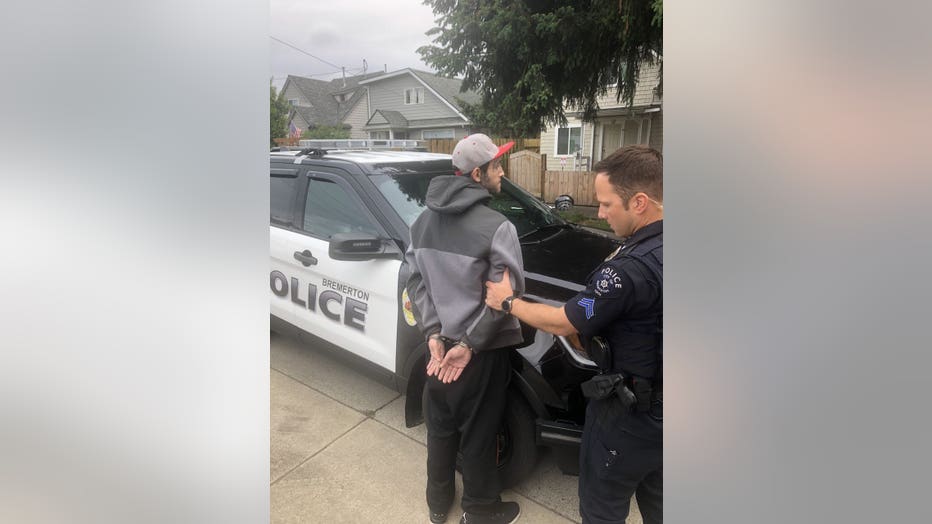 Petro is accused of stealing guns from an elderly homeowner during a burglary. Proecutors charged him with Residential Burglary and Unlawful Possession of a Firearm. He is expected to be back in court tomorrow to continue his arraignment on the charges after he told the judge he had some questions before entering a plea. Bail is set at $50,000.

Detectives followed up on an anonymous tip from a Washington's Most Wanted viewer to Crime Stoppers of Puget Sound.

After several hours of investigating and surveillance, they were able to locate Petro walking towards a 7-11 in the area of 10th Street & Park Avenue.

Petro is WMW Capture #1093 thanks to tips from our viewers.

WANTED IN KITSAP COUNTY --
Convicted felon, Alex Petro, sticks out like a sore thumb with all that ink on his face and arms.

He's wanted in Kitsap County, but was recently spotted in the International District of downtown Seattle.

He's suspected of stealing dozens of guns from several home burglaries -- and that's not the only reason those hunting him are on high alert. "We recently came across a photograph that appeared in social media with Mr. Petro attired in soft body armor, so that's an officer safety issue, as well as a possible threat to anybody who comes in contact with him and we want to make sure that this situation's resolved peacefully, that we get in contact with Mr. Petro and take him into custody without any undue use of force,” said Kitsap County Sheriff’s Dep. Scott Wilson. “He has multiple tattoos covering his head, face, neck, arms and hands. Those tattoos are easy to spot, so in all likelihood, he is going to try and disguise himself someway, somehow, whether he's wearing a hoodie or a hat, or any other items that could partially cover his features."

Petro’s warrant is for Residential Burglary and Unlawful Possession of a Firearm.

He's been convicted of Assault with a Deadly Weapon and has criminal history in Alaska and California.

He’s considered ‘armed and dangerous’ and has ties to Bremerton, Port Orchard and the south Kitsap County area -- but again -- was recently spotted in downtown Seattle's International District.