The U.S. Marshals led Western District of Washington Fugitive Task Force arrested Douglas Cronn today.  Deputies located him at a Costco store in Tacoma.  He was booked into the King County jail where he is being held on $500,000 bail.

He was convicted of rape in 1987, now he's wanted after failing to appear in King County court on first degree child molestation charges that he fondled a young victim numerous times. 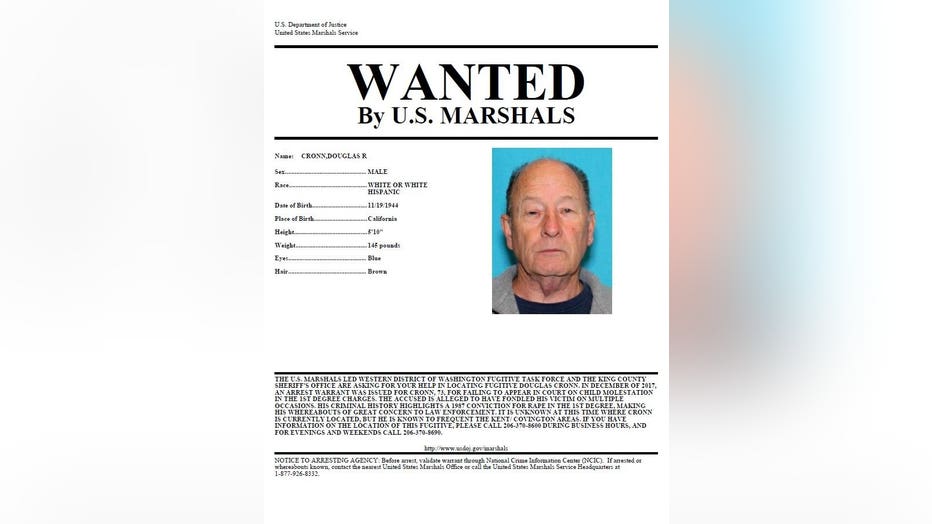 “He has a history of this and our goal is to make sure that no one else becomes a victim of his, so we need to track him down as soon as possible. He`s become a top priority for our task force, so that`s why it`s really important that if anyone has tips out there, that they provide to Washington's Most Wanted as quickly as possible. It could save somebody`s life,” said Acting U.S. Marshal Jacob Green.

He could be hiding in the Kent or Covington areas of south King County.

It is anonymous -- you never have to give your name -- and you'll get a cash reward of up to $1,000 if your tip helps lead to his arrest.