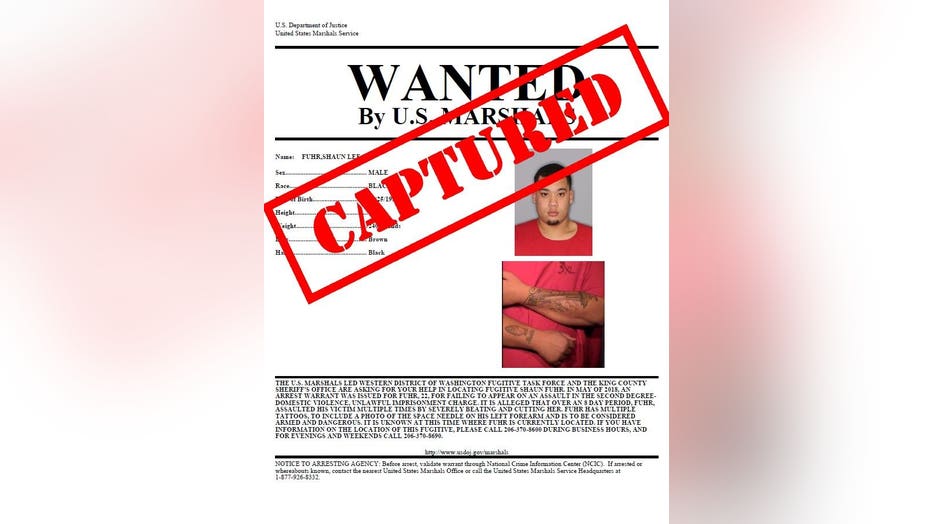 The 22-year-old was wanted after he failed to appear in court for Assault in the Second Degree-Domestic Violence and Unlawful Imprisonment.  Deputies say Fuhr is accused of assaulting his victim multiple times over an 8 day period by severely beating and cutting her.

He was on the run since last week when the U.S. Marshals Western District of Washington Fugitive Task Force named him to their Top Ten Most Wanted.