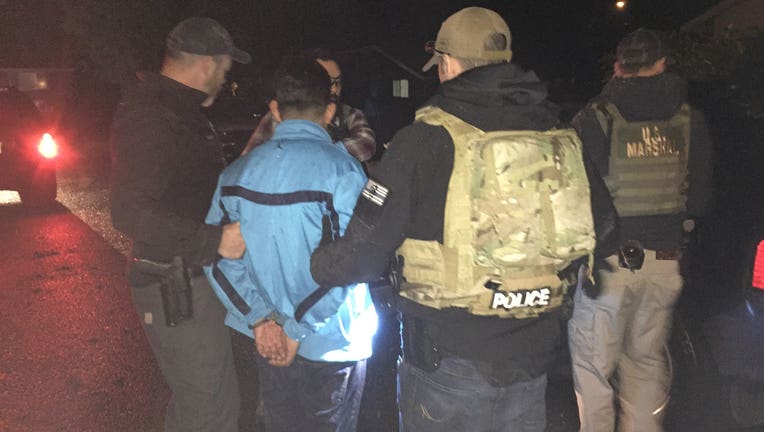 CAPTURE UPDATE March 9, 2018 --
The U.S. Marshals Service says an anonymous tip led The Western District of Washington Fugitive Task Force to accused child molester, Mynor Escobar-Mejia, in Federal Way on Thursday. The task force located him driving a vehicle. They stopped it, ordered him out and arrested him without incident. 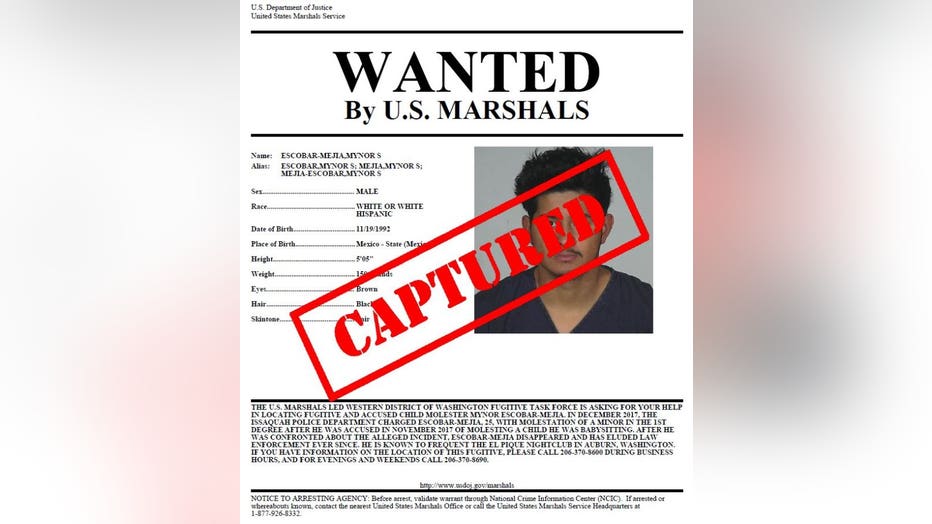 WANTED IN KING COUNTY March 7, 2018 --
The U.S. Marshals led Western District of Washington Fugitive Task Force is asking for your help to find accused child molester Mynor Escobar-Mejia.  Prosecutors have charged the 25-year-old with Molestation of a Minor in the 1st Degree.  Issaquah Police say the 25-year-old molested a child he was babysitting.  After he was confronted in 2017 about the incident, Escobar-Mejia disappeared and has eluded law enforcement.

Escobar-Meijia is known to frequent the El Pique Nightclub in Auburn.