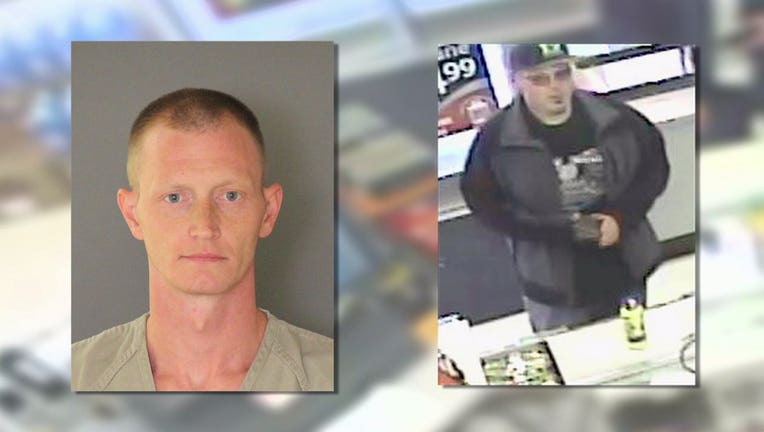 CAPTURED --  Jeremy Nichols was arraigned today on charges of Residential Burglary, Theft in the First Degree, Attempting to Elude a Pursuing Police Vehicle, and Malicious Mischief in the First Degree. Bail was set at $50,000.   On April 15, 2016 two men burglarized a home in Puyallup. A neighbor saw the two men, who were later identified as the defendants Nichols and Rocky William Payment, 31, walk behind the home. The neighbor called the police after contacting the homeowner to confirm that no one was expected to be on the property. She saw them leaving the home with pillow cases that appeared to be full.

Another neighbor saw the two men enter a U-Haul truck and leave the home. Police located the truck stopped at a stop sign on 14th Street Southwest at West Pioneer. When the officers activated their emergency lights and siren, the truck turned into oncoming traffic and drove away. The driver of the truck turned into a private gravel driveway, rammed through a closed gate, and collided with an unoccupied 1950 Chevrolet Deluxe Coupe. The U-Haul pushed the Chevrolet backward at least 50 feet and partially through a fence dividing the property before colliding with a hedge of trees and a chain link fence. Both of the defendants jumped onto the hood of the U-Haul and over the fence. They fled on foot.

Detectives received information that Payment might be one of the suspects. Two witnesses were shown a photo montage and selected Payment’s photo as one of the burglars. He was contacted at the King County Jail in Kent, where he was incarcerated on an unrelated matter. He confessed to detectives. Payment pled guilty to Burglary in the Second Degree and Theft in the First Degree on June 16. He was sentenced to 51 months in prison. The goal of the High Priority Offender Program is to make our community safer and reduce crime by focusing resources on the small percentage of offenders who are committing a large percentage of the crimes," said Prosecutor Lindquist. Nichols was arrested on June 20. His trial is scheduled for August 15, 2016.

WANTED IN PUYALLUP --
Two armed crooks go on a crime spree in Puyallup.

Police say one of the suspects is Jeremy Nichols. They hope you can help find him and identify his partner-in-crime.

Detectives say surveillance video shows the two holding up a gas station on April 15th. They say Nichols is the on the left.

That same day, a photo was snapped showing them walking down the street after police say they broke into a home, then stole a U-Haul truck when an alert neighbor called police.

Surveillance video shows the truck pulling into a gas station.

Officers found them, chased them, and the two crashed the truck into a fence and ran.

"Doing a daytime burglary running from the police having a weapon -- they're dangerous guys and we believe they've been involved in other activities so we'd like to get them off the streets,” says Puyallup Police Capt. Scott Engle.

If you know where Nichols is hiding tonight, or can tell Puyallup Police the second suspect's name, call an anonymous tip into:
CRIME STOPPERS: 1-800-222-TIPS