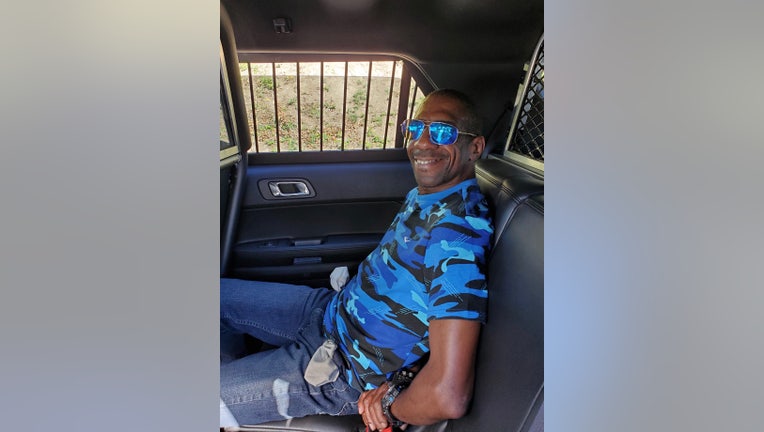 WANTED IN KING COUNTY - King County Sheriff’s detectives arrested Anthony Harris today in White Center.  The Domestic Violence suspect was located thanks to a Washington’s Most Wanted viewer who submitted a tip to Crime Stoppers of Puget Sound that included the license plate number of a vehicle Harris had been seen in.

Detectives spotted that vehicle leaving the Coronado Springs apartments and initiated a traffic stop. Harris was taken into custody without incident.

He was wanted after detectives say he violated a DV protection order by stalking and biting a woman during an assault.

Animals and little babies might bite people -- not grown men -- but King County Sheriff’s detectives say convicted domestic violence offender, Anthony Harris, broke that simple rule of human decency by biting an ex-girlfriend he wasn't supposed to be around in the first place.

Harris was convicted of assaulting the victim in March and had a ‘no contact’ order slapped against him, but detectives say he assaulted the victim again in April, stalked her days later and is now wanted for two counts of violating a domestic violence court order.

“The female victim was walking home, as she was just getting into where she lived she saw the suspect, who's not supposed to be there, exit right near her house. He confronted the victim. He went up to her, said some words to her, which included that she had taken some of his property. He then raised his hand and the female thought for sure that she was going to get hit by the suspect and she took off on foot running out of the area and she immediately went to a safe location and called 911,” said King County Sheriff’s Sgt. Ryan Abbott.

The deputies who arrived to help on April 11th said they could see a bite mark on the victim. She told them Harris had bit her and assaulted her 8 days earlier.

Detectives say he could be hiding around Burien, SeaTac, or the White Center area of King County, but if he has left town, his warrant is nationwide, so no matter where he's caught, he'll be brought back to King County to face justice.

If you know where he's hiding, use the P3 Tips app on your smart phone to submit the information to Crime Stoppers of Puget Sound, or call the hot line at 1-800-222-TIPS(8477). It is anonymous and you'll get a cash reward of up to $1,000 if your tip helps lead to his arrest.