SUMNER -- Just as he has done in previous law enforcement attempts to arrest him, Roman McFetridge led police on a pursuit early this morning in a stolen vehicle.

Sgt. Carmen Palmer with Sumner Police says they received a tip at about 2 a.m. that McFetridge was at a grocery store off 166th Street.   He had been featured on Washington's Most Wanted just a few hours prior to the tip.

Officers located the vehicle and followed it out of the parking lot before activating their lights to initiate a stop.  A pursuit followed with other agencies assisting  including the Pierce County Sheriff’s Department.   A deputy eventually performed a PIT maneuver to stop the vehicle and McFetridge was taken into custody.

He was driving  a different vehicle than the red truck that the Puget Sound Auto Theft Task Force says he stole  from Muckleshoot Bingo Hall on October 27th.

McFetridge was booked into the Pierce County jail for Reckless Driving, Possession of a Stolen Vehicle, Felony Pursuit/Eluding, Driving While License suspended and his Department of Corrections warrant.

He is being held without bail.  McFetridge is WMW Capture #1130.

WANTED BY THE PUGET SOUND AUTO THEFT TASK FORCE --
30-time convicted felon, Roman McFetridge, is known to run from police and put the public in danger.

Officers say the photo above shows him before he stole a red Toyota truck from the Muckleshoot Bingo hall on October 27th. That truck with Washington license C18559P, shown below,  has not been found.

McFetridge currently has a Department of Corrections warrant for his arrest for violating his supervision on a conviction of vehicular assault and four counts of identity theft. He led officers on a high-speed pursuit in 2015 in a stolen car and ended up ramming the front end of a Bonney Lake Police officer's patrol car.

If you spot him in a grocery store writing a check, you can almost guarantee it's fraudulent based on his past behavior. 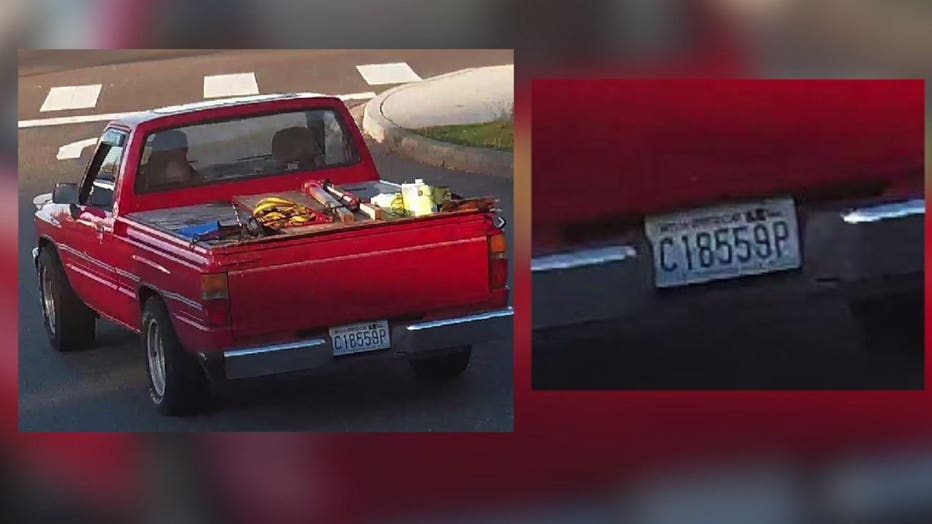