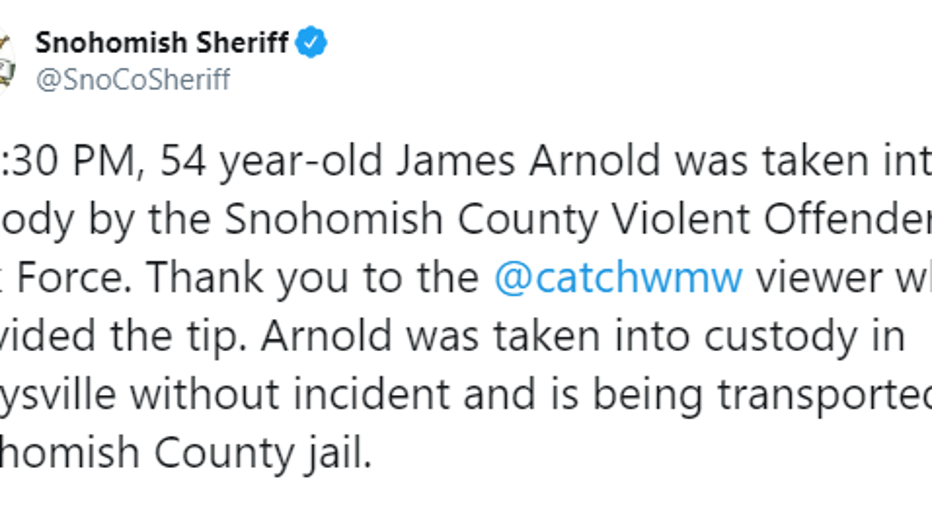 WANTED IN SNOHOMISH COUNTY --
Convicted child predator, James Arnold, has a nationwide felony warrant for failing to register as a sex offender.

“He has two prior failure to register convictions and he has not registered since August of 2019. At that time, he registered at a residence in Snohomish, however he has not been residing there,” said Courtney O’Keefe with the Snohomish County Sheriff’s Office.

Arnold was convicted of 1st Degree Child Molestation in 1993.