SEATTLE--  Investigators believe the "Preppy Bank Perp' aka the 'Harry Potter Bandit' has been caught. Caleb Andrew Dierlam, 20, will appear in federal court in Seattle at 2:00 pm today.

At this time, I have no information that he was identified by any WMW viewer tips to Crime Stoppers but will update you if that changes. Last Wednesday, a joint team of federal and local law enforcement personnel arrested Dierlam at his residence in Mill Creek. He was booked in Snohomish County jail on probable cause for the July 25, 2016 robbery of Umpqua Bank on Alderwood Mall Parkway in Lynnwood, Washington.

This morning, FBI agents transferred Dierlam to federal custody. At his appearance today, he will face three counts of bank robbery, charged by complaint.
Investigators believe Dierlam is responsible for at least six bank robberies in Washington State and Oregon.

Watch the video below that shows he was in no rush to rob the place, waiting patiently for a teller. Once it's his turn with the teller he slips her a demand note. She reads it and wastes no time taking money out of the till and handing it to him in an envelope. He grabs his demand note back and walks off with his hands in his pockets -- quite the cool customer for the whole heist.

"When you watch him come in on the surveillance video he's at ease, he appears to be calm, he's not fidgeting too much. Waits in line in the bank, you know, walks up to the teller kind of slowly and, I think, in our robbery, the teller actually noted that he was very polite. He's calm. He's not yelling at her, cussing at her, or trying to get her to hurry up and kinda walks calmly out of the bank," says Lakewood Police Lt. Chris Lawler. "We're always worried about these escalating. Right now he presented a note, no weapon was seen in our robbery and I don't believe a weapon was seen in any of the others, but we're always worried that will escalate, that something will happen in the bank that will make him produce a weapon, or he'll bring one next time and that sort of thing, but I think he knows the heat is on because it looks like he's trying to disguise himself, but I think if you look close at the video, if you know this guy. you'll recognize him from the photos."

He's also the suspect in bank robberies in Everett, Lynnwood and Mount Vernon.

FUGITIVE WANTED September 16, 2016 --
A guaranteed $1,000 reward for whoever calls Crime Stoppers with the name of this serial bank robbery suspect. Detectives think he's behind a heist in Everett last month and another hit a month before in Lynnwood.

Take one good look at him and it's easy to see why we're tagging him the ‘Preppy Bank Perp.’ "He's actually clean-cut, young,” says Everett Police Ofc. Aaron Snell. “He really doesn't do anything to attempt to hide himself. He's just pretty nonchalant and walks on in and makes his demands. We are looking to identify him. We think that with the footage we have, somebody out there know who he is."

And, he looks a lot like a robber who hit a Key Bank in Skagit County late last week who wore glasses but definitely matches the Snohomish County suspect.

may have robbed. We know that there's one in Lynnwood and one in Everett and possibly one in Mount Vernon," adds Ofc. Snell.

If you recognize the ‘Preppy Bank Perp,’ who’s possibly the Mount Vernon robber, as well, call an anonymous tip into CRIME STOPPERS: 1-800-222-TIPS. 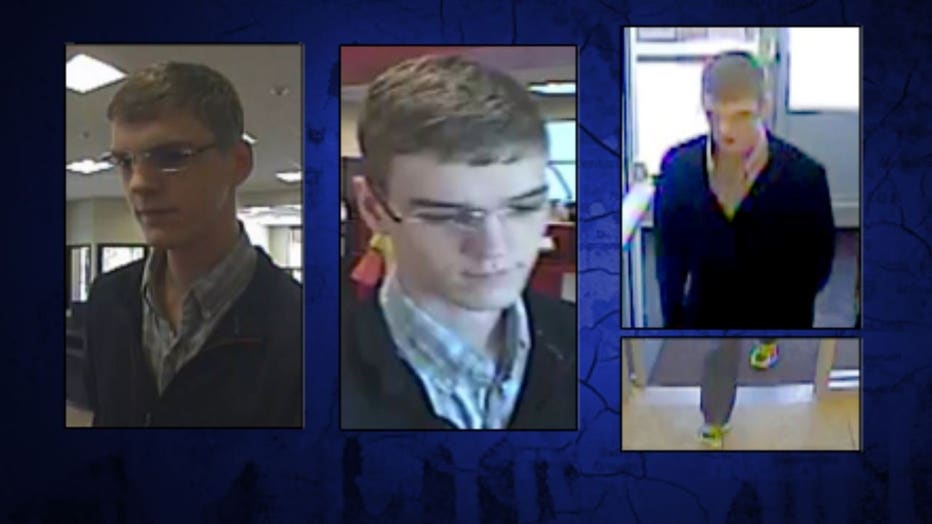 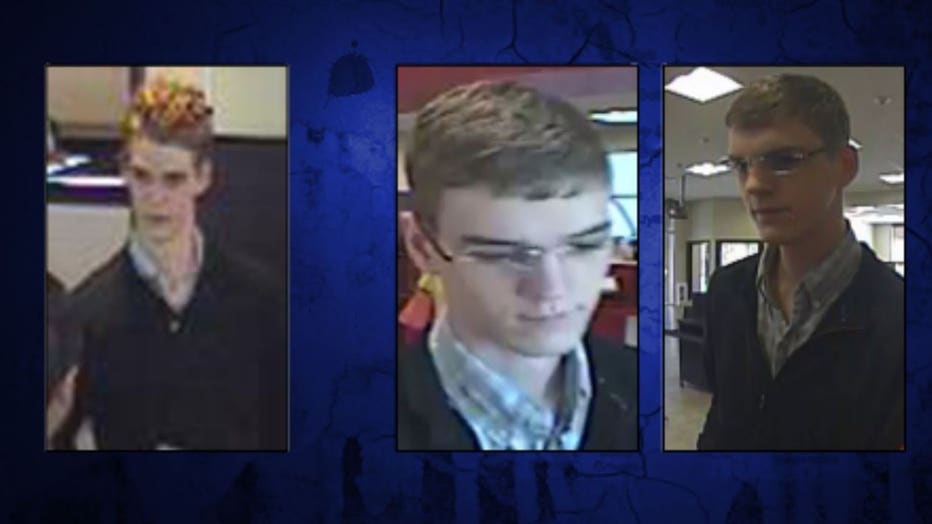