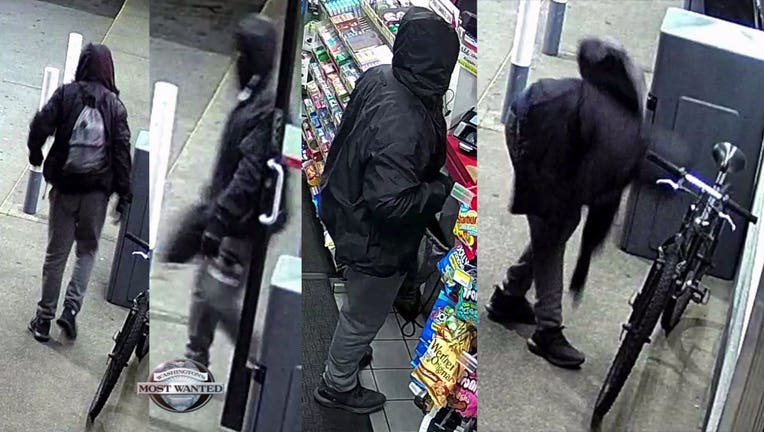 
SEATTLE -- King County Prosecutors have charged 36-year-old Ivan Espino with Robbery in the First Degree and Attempted Robbery in the First Degree. According to probable cause documents, a Washington’s Most Wanted viewer submitted a tip to Crime Stoppers of Puget Sound identifying Espino as the suspect committing multiple armed robberies at gas stations and fast food restaurants in the Georgetown area. 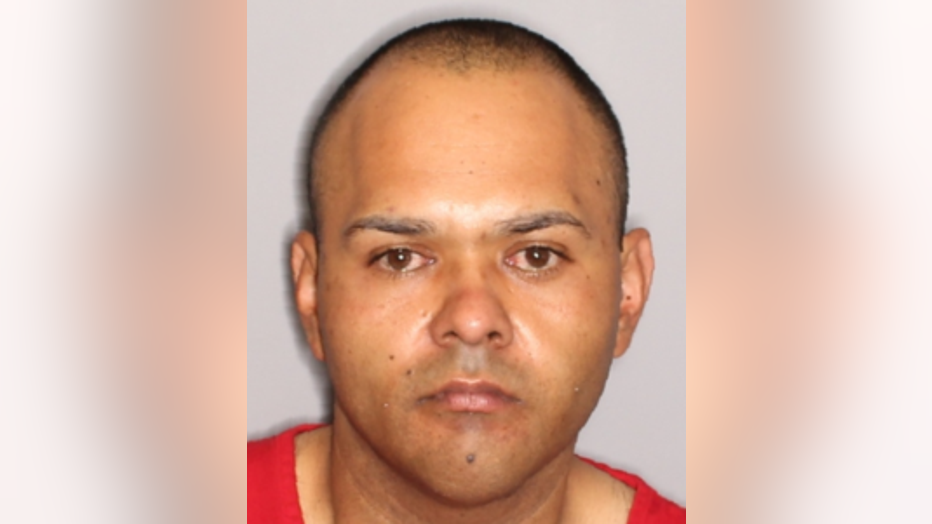 
Seattle Police arrested him on June 2, 2020 following an attempted armed robbery at a Shell station at 7200 East Marginal Way South.  Detectives learned he was staying in an RV on Flora Avenue South which is two blocks from the Shell station.

Officers say they recovered two toy pistols from the RV believed used in the crimes as well as clothing worn during some of the robberies. Detectives say Espino is also a suspect in three armed robberies in Tukwila and more charges may be filed.

Prosecutors say Espino has only been in WA state for a year and has limited ties to the area.  Bail was set at $250,000.    He is WMW Capture #1158 thanks to Crime Stoppers tips from our viewers.

Seattle Police are asking for the public's help to identify this armed robbery suspect who has held up four businesses since April 22nd. The most recent robbery was on Saturday at the Subway sandwich shop at 5603 4th Avenue South at approximately 5:50 pm. The unidentified Hispanic male wearing a blue colored hooded sweatshirt, gray jeans, black colored Nike brand tennis shoes, carrying a black colored Nike brand backpack, a black face mask with a white colored design over the mouth and possible a stocking cap, blue colored latex gloves, armed with a semi-automatic pistol, entered the Subway, pulled out a pistol and demanded the cash from the victim. The victim complied with the suspects demands and removed the cash from the cash register and gave it to the suspect. The suspect fled westbound from the scene behind the Marco Polo restaurant towards 3rd Avenue South.


The suspect is layering his clothing and removing the outer layer of clothing following the robbery. The suspect always caries a backpack and with change of clothes inside or will discard the clothing worn in the robbery nearby. The suspect has not worn any of the same clothing in each of robberies. This suspect appears to be familiar with the neighborhood and may be transient or lives in the area. Two of the Canine tracks ended in the 6400 block of Carleton Avenue South.


Take a look at the photo gallery above that shows the suspect's clothing. In two of the robberies, he was wearing  black gloves that say 'Hardy' on them. In the first robbery, he was wearing a Western Washington University sweatshirt. He was also seen in gray 'Ecko Unlimited' sweatpants committing the second robbery.

You can't see his face in any of the holdups, but there are some other clues that may help you identify him, including the fact that one victim says he was carrying a black pistol in his waistband that appeared to have a gold trim on it and he was seen riding a dark-colored mountain bike.

Seattle police say it took the suspect a while to build up the nerve, or for conditions to be just right, to pull-off the first of three robberies he's suspected of committing.

Surveillance video taken on April 22nd, around 12:15am, at the Shell gas station in the 6200 block of Corson St. in Seattle shows him getting lottery, asking the clerk for a pencil, so he can fill out his lottery numbers. He goes outside and pretends to work on that, but then you see him tearing a piece off of a paper bag he had with him. He use the pencil to write, ‘Give all the money’ on the paper. Detectives say he was armed with a pistol in his waistband. He went back inside the store and waited for other customers to leave before approaching the teller. "Demanded the money from the teller and the teller tells us he was terrified, because the guy was somewhat nervous,” said Ret. Det. Myrle Carner with Crime Stopper of Puget Sound.

The suspect left on foot after getting the money, but he left behind two Amazon envelopes with a woman's address on them. Officers went to the home to see if there was any video of him stealing the packages and learned the homeowner had left them out for recycling and even though she had a Ring surveillance camera, the batteries were dead. “Right there, a crucial piece of evidence just went down the drain,” said Ret. Det. Carner.

Four days later, on April 26th at 2:25am, police say the same suspect robbed the Shell station in the 600 block of S. Michigan St. “This time he's wearing sweatpants and they are very distinctive. It says, ‘Echo Unlimited,’ once again, he has the black and grey ‘Hardy’ gloves, so that fits in the pattern with the other robbery,” said Ret. Det. Carner. Detectives say he asked for a pack of cigarettes and then showed a gun in his waistband that was black with gold trim and demanded cash. “Here's the unique thing in this one. Before he left, he actually turned around and said ‘Hey, have a Merry Christmas.’ Come on. This guy's now toying with the people. It's adding insult to injury,” said Carner. He rode off on a dark-colored mountain bike.

The third robbery occurred at the Jack in the Box on Friday, May 1st at 11:15pm. He approached the drive-up window on a mountain bike, pulled out a gun from his waistband and in Spanish,  demanded money. “She said, ‘I'm going to have to talk to a manager to get the money. You wait right here.’ Well, once she leaves the drive-thru window, it automatically shuts and she's now secure. He can't get through it, so all of a sudden he realizes, ‘I am not going to get the money’ and he rides off on the mountain bike,” said Ret. Det. Carner.

Even though his face was always covered, detectives are hoping somebody spots him on that bike and calls 911, or can identify him from his clothing and the other clues. “He's probably looking for a victim right now, we don't want it to be you, so if you have any information about this guy, please take the time to call us,” said Carner.

So, if you can help the Seattle Police Robbery Unit stop him, Crime Stoppers will pay you a cash reward of up to $1,000.

Detectives describe the suspect as Hispanic, early to mid-20's, with a stocky build and between 5'6" and 5'8”.