CAPTURED:  Seattle Police arrested Brian Booker on Wednesday after receiving an anonymous tip from a Washington's Most Wanted viewer who contacted officers and Crime Stoppers of Puget Sound.

Officers responded to the parking lot of a Safeway store in Queen Anne where Booker was attempting to sell stolen tools.   They recovered the tools and a vehicle he was driving.

Booker was booked into the King County jail on seven counts of Burglary, one count of Residential Burglary and one count of Malicious Mischief.  Detectives are also planning to file additional burglary cases in the coming days.

He is being held without bail.  Booker is WMW Capture #1147

WANTED IN SEATTLE --
The search is on to find a convicted felon accused of prying open doors or crawling under garage gates to steal laptops, iPads, headphones and even a safe at commercial buildings all over Seattle.

Brian Corey Booker, a.k.a: ‘Q,’ or ‘Quandre’, is wanted by Seattle Police for at least 15 break-ins, as victims have returned to work to find their offices ransacked and electronics stolen.

Detectives are asking for your help to find him, or to identify any car he may be driving.

And here's the thing -- he usually brings along a partner-in-crime.

Watch the video below that detectives say shows how Booker spent his New Year's Eve breaking into offices in a commercial building on Elliott Avenue, on the edge of Belltown and Interbay in Seattle, to steal several computers, accessories, decorative rocks and other items worth almost $3000. But, at least, he didn't spend it alone. Police say they have identified the woman working with him as Eliza Zager, a.k.a: 'Ziggy.’

Zager is currently in the Regional Justice Center in Kent.   Detectives say a Washington's Most Wanted viewer called 911 last weekend with her location after seeing her featured on the show.

Seattle Police responded to an apartment  on 24th Ave and found her hiding under a bed.  She was booked into jail for two counts of Failure to Appear in Court for Burglary 2nd Degree and Possession of a Stolen Vehicle.  Detectives say they are also submitting a new burglary case to prosecutors for a charging decision.

Zager is Washington's Most Wanted capture #1146.

Detectives say that Booker is a suspect in at least 15 break-ins since December at Seattle businesses and apartment complexes.  Police say he's even hit some places twice, as surveillance video shows him wearing a head lamp with an unidentified accomplice on January 12th, breaking into that same office building on Elliot Ave.

"He's got burglary tools. That's what he is. He doesn't profess to be any kind of a worker guy. This guy's a professional burglar,” said Ret. Det. Carner.

All of the break-ins have occurred between midnight and 6am on the weekends.

“He doesn't seem to try to hide himself. It's almost like he's daring us to catch him and we will,” said Ret. Det. Carner.

“He's probably one of the most prolific criminals we've ever pursued. Multiple felony warrants. How he's eluded capture is beyond us, but somebody watching knows where he's at. We're going to pay you up to a $1,000 on this case and any of the other suspects, they’re up to a $1,000 too,” said Ret. Det. Carner.

Booker is 35 years old, 5'11" and weighs 175 pounds, however, his weight goes up and down, so he sometimes appears thinner and he often wears glasses.

King County prosecutors have charged him with Burglary in the 2nd degree and issued a warrant for their arrest.

Booker also has a Department of Corrections warrant for Escape Community Custody. 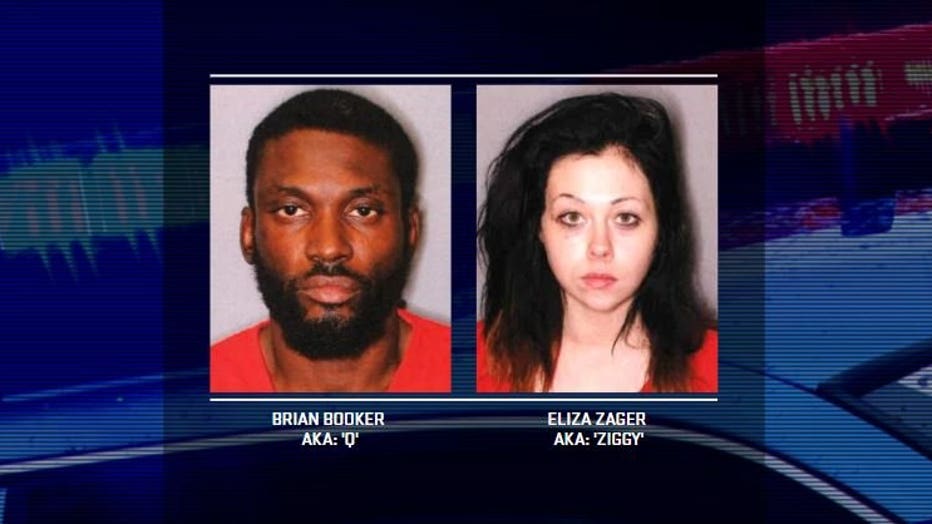