Puyallup Tribal Police say a security officer at BJ’s Bingo & Gaming in Fife recognized Levi Zellmer's name from Washington’s Most Wanted when he presented ID to enter on Tuesday.   Officers responded and arrested him. Zellmer was booked into the Pierce County jail for Unlawful Possession of a Controlled Substance and for  Escape Community Custody.

WANTED IN PUYALLUP AND BY DOC --
Puyallup Police say your tips have helped them identify a robbery suspect who clearly has no intention of obeying the law.

Surveillance video we featured last month from the Chevron on Valley Ave. NE on April 16th shows a suspect in an Obey-brand hoodie with a huge rose on the back lunge over the counter and steal cash from the till. "He ordered the clerk to open the second till. She was unable to do that. He was very aggressive with her. She was in fear and he demanded some packs of cigarettes, so she provided those to him, before he fled the store,” described Puyallup Police Capt. Jason Visnaw.

Puyallup Police say your tips have helped them identify a robbery suspect who clearly has no intention of obeying the law.

Thanks to your tips, detectives say they now have probable cause to arrest convicted felon, Levi Zellmer, who it turns out has a history of robbery and has a Department of Corrections warrant for his arrest.

The photos below show an earlier version of the state of Washington tattoo on his hand that appears in the Puyallup robbery video to now to be filled in. 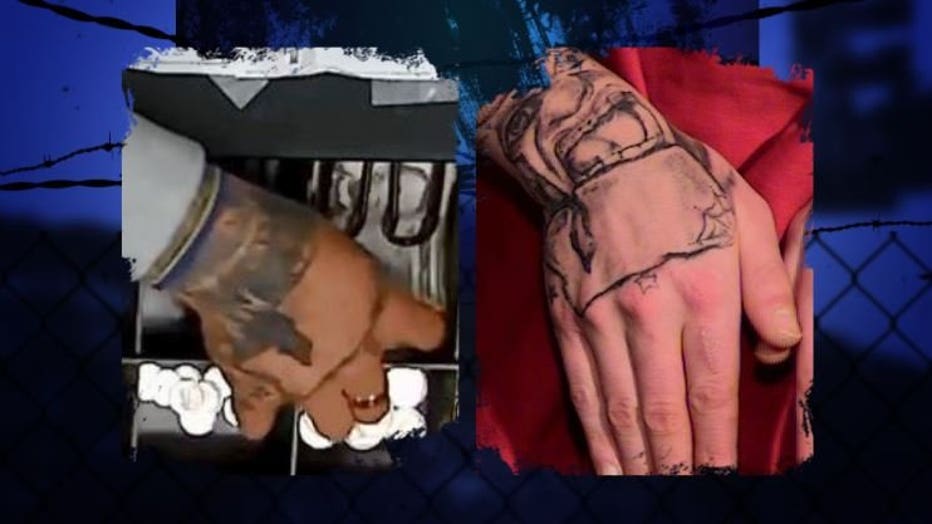 His lust for lottery tickets led to his capture the last time after he threatened a clerk with a knife. Zellmer tried buying the tickets with his debit card at the Sun Star Food Mart on Central Ave. S. in Kent in 2016, but when his card declined -- Zellmer grabbed the tickets and pulled a knife on the clerk before escaping the store and taking off in a car. He left behind a big clue though -- his debit card with his name on it. Officers found him about a mile down the road in the car. He resisted arrest and had to be forcefully removed from the driver's seat. Officers found the lottery tickets, two knives along with meth and pills.

He’s been convicted of more than 20 crimes, including robbery, a bunch of thefts and drug busts, hit and run, failing to obey police -- and having a gun without a permit.

He’s 30 years old, 5’8”, 163 pounds and has a ton of tattoos on his arms, including the words ‘respect’ on his left and ‘loyalty’ on his right, along with the state map on his hand.

If you know where he's hiding, use the P3 Tips App on your phone to submit the information to Crime Stoppers, or call the hot line at 1-800-222-TIPS(8477). It's always anonymous and you'll get a cash reward of up to $1,000 if your tip helps lead to his arrest. 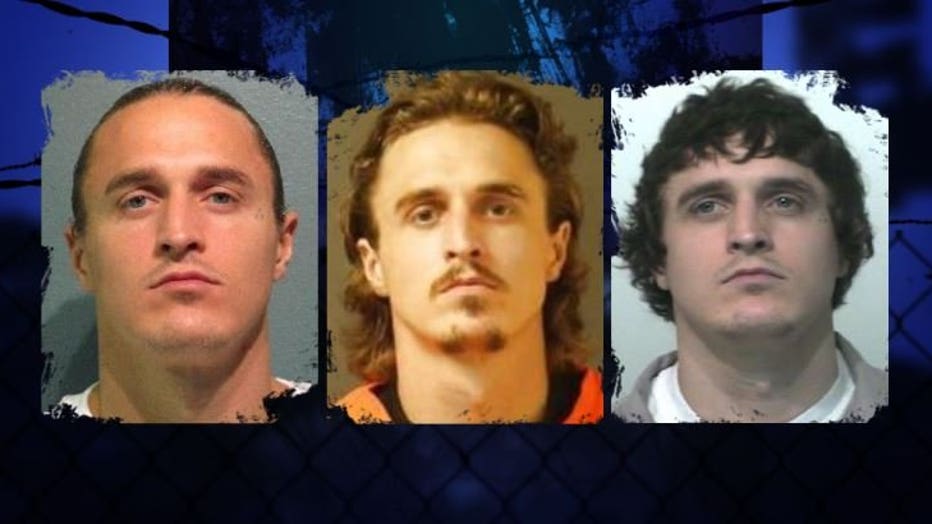