CAPTURED -- Bainbridge Island Police say Ariana Miller was arrested on June 15, 2018.  She is being held without bail in the Kitsap County jail on charges of Forgery, Identity Theft and Failure to Appear in Court.  She is scheduled to make her next court appearance on August 21st.

FUGITIVE UPDATE June 8, 2018 --
Bainbridge Island Police say thanks to a Washington's Most Wanted viewer -- detectives have identfied a prolific check fraud suspect as 42-year-old Ariana Miller.  Now, she is wanted by police and known to frequent casinos including the Little Creek Casino in Shelton, WA.

"We got a call from a tipster who gave us some information on who it was and we ran with that to postively identify our subject as Ariana Miller," said Bainbridge Island Police Det. Erik Peffer. "When we ran her in our local system and in our statewide system we found that she had criminal history in numerous counties across Washington and numerous cities, even as far south as Portland, Oregon. With Ariana, she's kind of a drifter and is a couch surfer, spends time just with random people up and down the coast of Washington, so she's been as far south as, again, Portland, with numerous people. The last known location that we had of her was in Mason County. She had a boyfriend that was out there and they're no longer together so we really don't where she's at. She spends a lot of time in casinos. I'd really like to get her, just because of her criminal history and all the stuff that she's done the last couple of years all across Washington, it would be great to stop her." 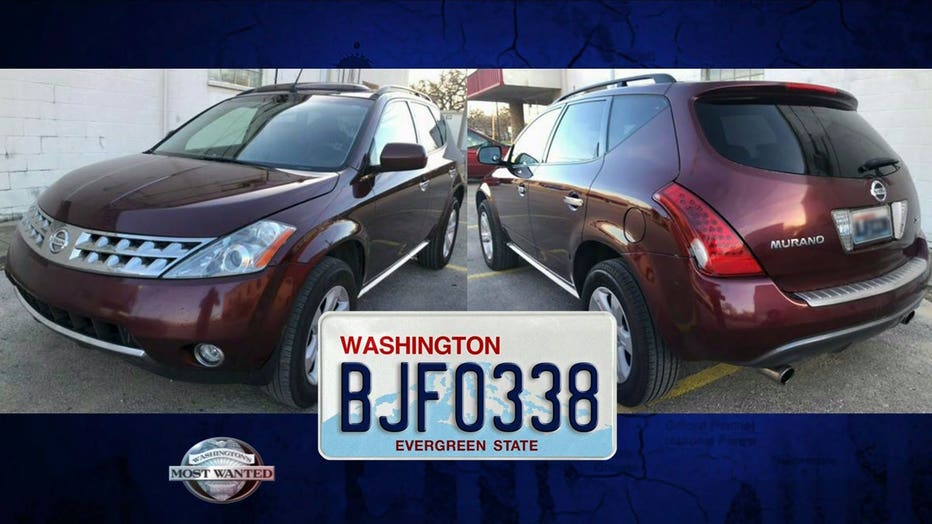 Her criminal history includes ID Theft and Residential Burglary.  She was last known to drive a brown, 2007 Nissan Murano  License Plate # BJF0338 is registered to her.   She has criminal history in King County, Cowlitz County, Thurston County, Mason County, Lewis County, Olympia, Kent, and as far south as Portland, OR.

Ariana is 5'02, 130 lbs with black hair and blue eyes. She may have a somewhat disfigured jaw as a result of a domestic dispute.

It's anonymous and you'll get a cash reward if your tip helps lead to her arrest.

FUGITIVE WANTED IN BAINBRIDGE ISLAND April 20, 2018 --
Dinner with friends -- and a fraudster!

Bainbridge Island Police need to know the name of the woman above who’s seen on a restaurant surveillance enjoying a meal on someone else's dime.

It was at the Westport Winery near Aberdeen -- one of many businesses and services across Western Washington where detectives say she used checks stolen from a Bainbridge Island woman's mailbox.

"This case goes for almost six weeks, so starting in February, it goes all the way to mid-March,” said Bainbridge Island Police Det. Erik Peffer. “She doesn't fit the typical profile for someone that breaks into mailboxes and then uses checks. She's using these checks to buy groceries, or to purchase food at restaurants as we saw in one of the videos, to take people out. I really want to get her, because six weeks is a long time and in my opinion, very brazen just to be writing known stolen checks all across Washington, without even being worried about getting caught and whoever it is, is obviously very comfortable at this point." 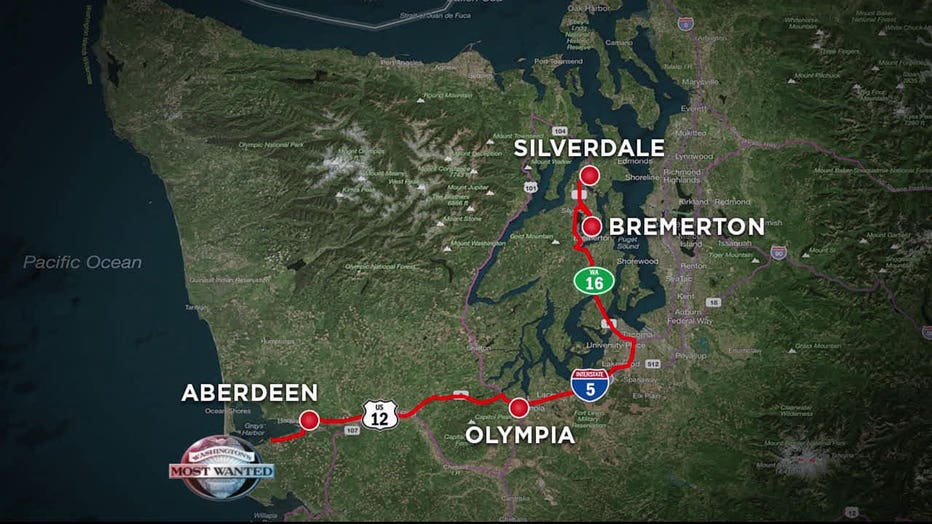 The map above shows the span of her crime spree: She started in Silverdale, made her way west to Grays Harbor County, then came back to Kitsap county, writing the last two checks in Poulsbo and Bremerton.

Her route makes detectives think she's probably from the Kitsap County area and may have been on vacation.

Detectives have another possible person they'd like to talk to, as well. "There were also three checks written on the 3rd of February to somebody by the name of William Allen. That's definitely a person of interest for us, because we don't know who this William Allen is, but there are notes on the check that it's for labor and invoices to Lowe's. Now, I've checked with different Lowe's and they don't know who William Allen is, but it's very possible that he's a subcontractor for some kind of work, so if anyone knows a subcontractor for Lowe's, by the name of William Allen, that would be great if we could get that information,” said Det. Peffer.

So, if the name William Allen rings a bell, or if you know who this check fraud suspect is, use the P3 Tips App to submit your information to Crime Stoppers or call the hot line at 1-800-222-TIPS(8477).

It's anonymous and you'll get a cash reward if your tip helps lead to her arrest.