CAPTURED -- Gustavo Verdusco was booked into the Franklin  County jail on Sept. 26th.

DOC officers say say he's breaking probation in Benton County on a drug possession conviction and has a massive rap sheet that started when he was just 12 years old.

A corrections officer assigned to 'Goose' has known him all his career and says he's deep into gang warfare and connected to multiple deadly shootings in the past.

DOC officers say goose is known to be armed.

He's 38 years old, 5'10", weighs 190 pounds and has a ton of ink all over, including his street name tattooed across his chest.

If you know where he's hiding, call Crime Stoppers at 1-800-222-TIPS, or use the P3 Tips App to submit your information.

It's guaranteed to be anonymous -- you never have to give your name -- and there's a cash reward of up to $1,000 waiting for you if your tip helps lead to his arrest. 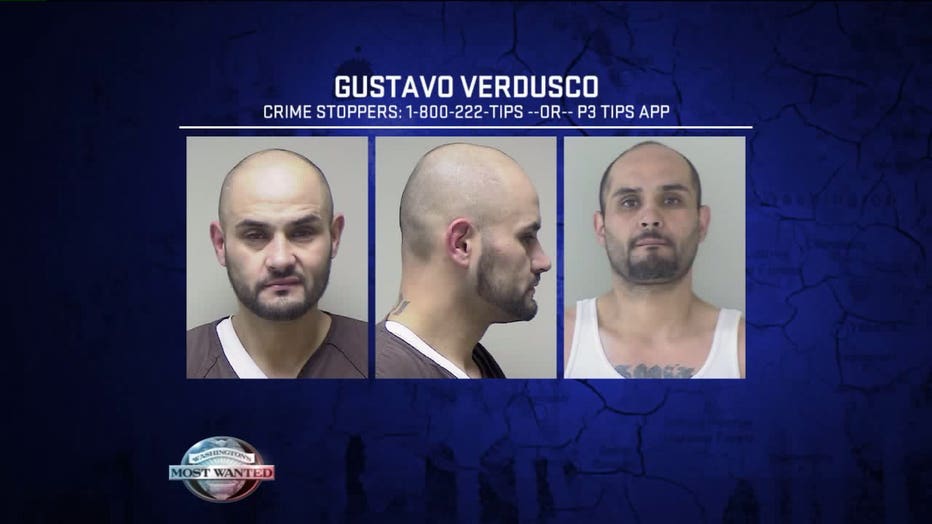