The 23 year old was booked into the King County Jail on his warrants for failure to appear in court for Robbery, Assault and Unlawful Imprisonment.

Detectives say Wilmore tied his victim up with a dog leash and repeatedly assaulted him by shooting him with  a BB gun. He was known to hang out in the Auburn area. 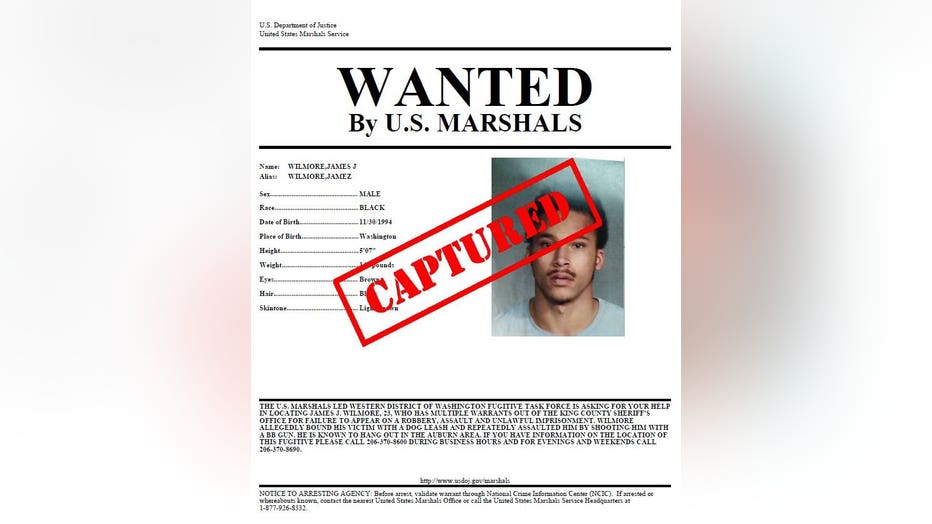