SUSPECT IDENTIFIED Sept. 2019 -- King County Prosecutors have charged Jacob Sanner with ID theft in the Second Degree after Newcastle Police say he used stolen credit cards to purchase around $1700 worth of gift cards at self-checkout stands at local stores before the victim discovered his wallet was missing.

Everett Police say he is also a member of the crime ring targeting gym lockers and has been arrested. He is free on bond and is scheduled to be arraigned in King County on September 23rd.

While several viewer tips did eventually come into Crime Stoppers of Puget Sound to ID him, detectives say a Secret Service agent had already contacted them after recognizing him.

Newcastle Police are asking for your help to identify a credit card fraud suspect. Detectives say a victim lost his wallet in a parking lot of a gym or had it stolen on Valentine's Day. This suspect used the stolen cards inside to purchase around $1700 worth of gift cards at self-checkout stands at local stores before the victim discovered his wallet was missing.

"The guy had the right chance to do the right thing and to turn it in if he did find out but he chose to do the wrong thing and now we'd like to know who he is so we can help him make better decisions in the future."  Chief Jason Houck wishes more stores would require ID when selling gift cards.  "I would rather show my ID to buy a gift card and have that little inconvenience than allow somebody who has stolen my cards or found my lost wallet to then go charge $1700 worth of gift cards because nobody checked the ID.

If you know the suspect's name or have any information on a location, vehicle, etc, Crime Stoppers of Puget Sound will pay you a cash reward of up to $1,000 if it leads to his arrest. Submit an anonymous tip at www.P3Tips.com or use the P3 Tips App on your cell phone. 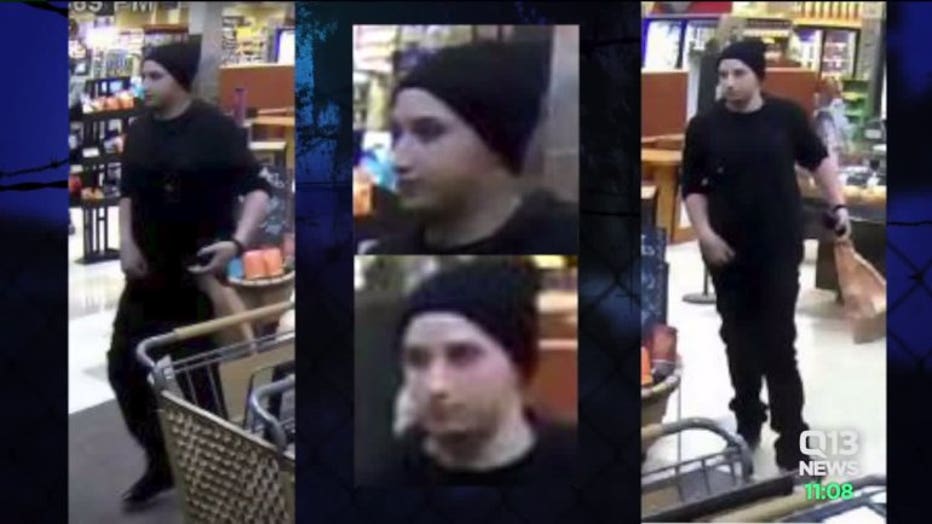