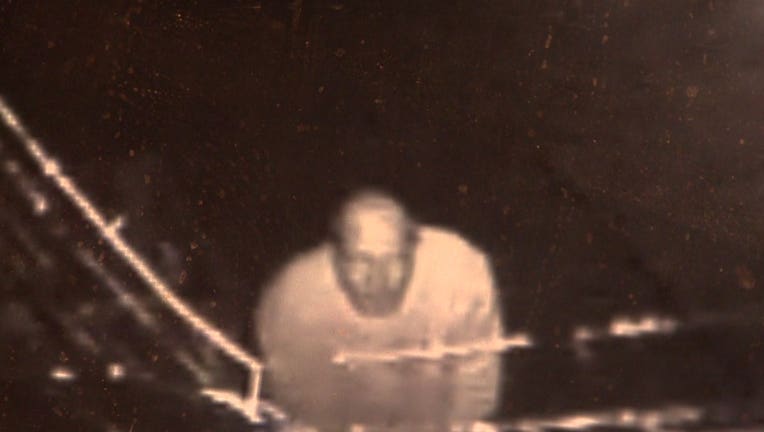 WANTED IN SNOHOMISH COUNTY -- A Stanwood business owner says she's arming herself with every sharp object in her butcher shop if the thief who hit her shop twice comes back. Dawn Cairus and her husband have owned and operated Del Fox Custom Meats in Stanwood fore more than a decade. She says the first burglary happened on August 1. “There was somebody pulled up on a scooter.  There was a female on the back and a male with a black jacket and a helmet on the front. That’s who broke the door and came in and they took the register with them,” said Cairus. Then on October 30, she says the same man came back. “Because of the jacket, it matched the jacket from the first video.  He was prowling around out back by our storeroom that was not locked.  He took a pair of our rain pants and he took a garbage bag and tied that over his head to conceal his face when he did break in the second time.”

Dawn's concerned this guy is going to come back a third time, but she says she's not letting one man's bad choices, or his scooter, scare her away. “I’m not afraid.  I don't think anybody's going to mess with the butcher's wife.  There are some sharp objects downstairs and I’m not afraid to use them if somebody's going to come at me.  Karma has a way of taking care of things and we're just going to keep plugging away.” If you recognize him, that scooter he was riding, or know anything about the case, call an anonymous tip into: CRIME STOPPERS: 1-800-222-TIPS You must call the Crime Stoppers hotline with your tip to be eligible to receive a cash reward for information leading to a fugitive’s arrest. Click here for information on how to text a tip to Crime Stoppers.