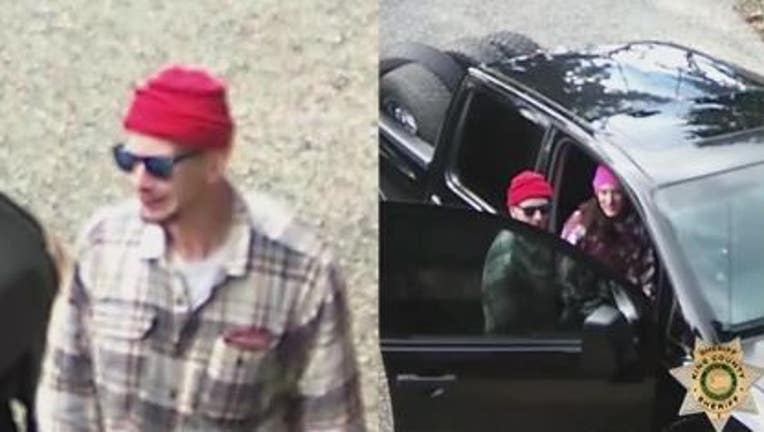 FUGITIVE UPDATE February 26, 2021 - Your tips to Crime Stoppers of Puget Sound helped identify Joseph England as one of the ‘Bow-Chicka-Bow-Wow Burglars’ that I featured last weekend.

I gave him and the female suspect he was with that saucy nickname after detectives say they were seen on camera having sex in a woman's driveway in SE King County right before he broke into the victim's home and stole her jewelry and other items.

Detectives have identified the female suspect and are trying to find her to determine her level of involvement in the burglary, so I am not naming her until she is formally charged with a crime.

Crime Stoppers of Puget Sound will pay you a cash reward of up to $1,000 if you can tell detectives where to find England, or the woman who was with him. It is anonymous. You can call 1-800-222-TIPS, or submit the information at www.p3tips.com. 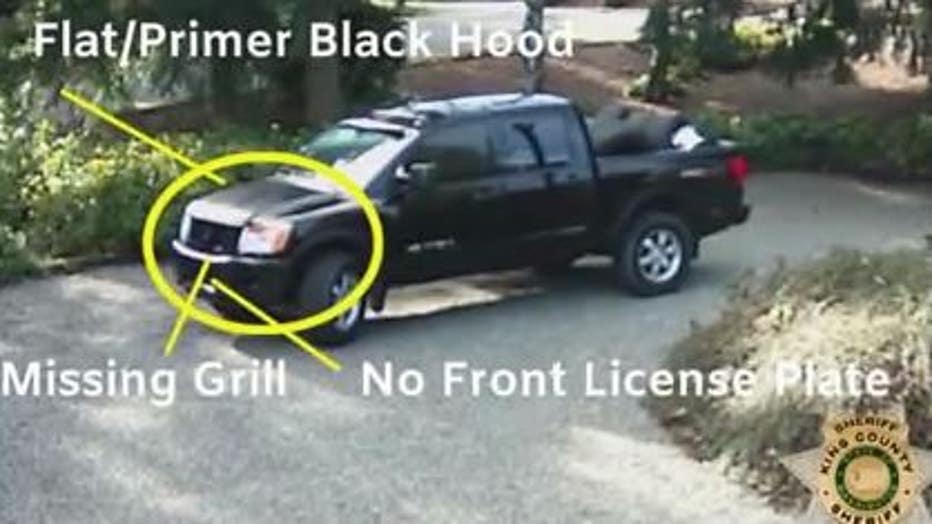 -----ORIGINAL STORY February 19, 2021----
WANTED IN KING COUNTY --
I don't know what’s worse in this case? The fact the suspects were having sex in the victim's driveway, or that they broke into her house afterwards and burglarized it? Either would leave any homeowner disgusted and feeling violated, so let's help King County Sheriff’s deputies catch the suspects I've dubbed as ‘The Bow-Chicka-Bow-Wow Burglars.’

Take a look at the couple detectives are asking for your help  to identify. The woman is wearing a pink watch cap. They were driving a black Crew Cab Nissan pickup truck, either Titan or Frontier, with a flat black primered hood, a missing front grill and no license plate.

They spent about 30 minutes having sex in the truck parked in the driveway of a home in unincorporated Kent in southeast King County on February 7th. Then, they broke out a bathroom window. "A woman, the homeowner is alerted by her security cameras and as she comes home, she passes a distinct black pickup truck exiting her neighborhood. Little did she know that the two suspects inside burglarized her home. Gone are some jewelry and other personal possessions," said King County Sheriff’s Sgt. Tim Meyer.

Detectives say the suspects also stole the victim's debit cards and also some personal information, so now she is at risk of identity theft.

"We very much want to know who these folks are. We know burglaries are rarely isolated. If they'll burglarize one house, they will certainly do another," said Sgt. Meyer.

If you can identify either of them, or tell deputies where to find that vehicle, Crime Stoppers of Puget Sound will pay you a cash reward of up to $1,000. Submit a tip through the P3 Tips app on your smart phone, or call the hotline at 1-800-222-TIPS(8477).