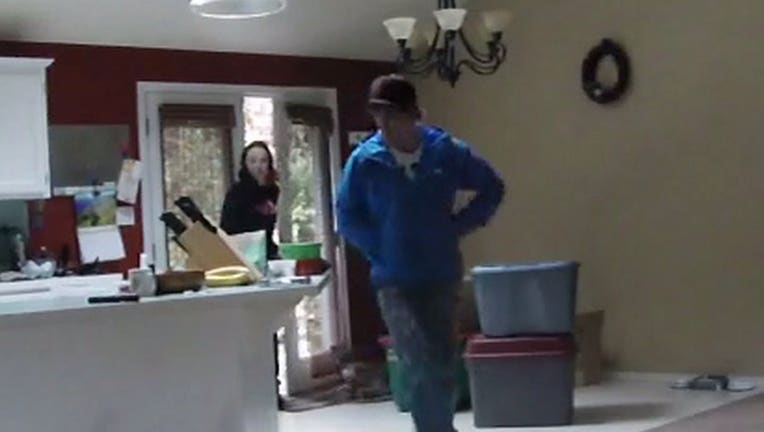 WANTED IN STANWOOD -- A homeowner installed a camera and an audible alarm and had a very alert neighbor -- and still got hit by this criminal couple who need to be identified. They took the homeowner’s stuff, even with the alarm blaring and his small dog watching. A neighbor saw them and confronted them -- but they took off. Detectives say the camera's fish-eye lens and the video's low resolution will unfortunately make it tough to identify this pair. "As soon as people start moving in front of it, it distorts the images and the images are not clear, so it's important to look at those kinds of things when you're choosing a surveillance system," says Det. Margaret Ludwig with the North Snohomish County Property Crimes Unit. "I think it was great that she confronted him, but I don't recommend that. You don't know if that person is going to be armed." If you recognize them, call an anonymous tip into: CRIME STOPPERS: 1-800-222-TIPS You must call the Crime Stoppers hotline with your tip to be eligible to receive a cash reward for information leading to a fugitive’s arrest. CLICK HERE for information on how to TEXT A TIP to Crime Stoppers