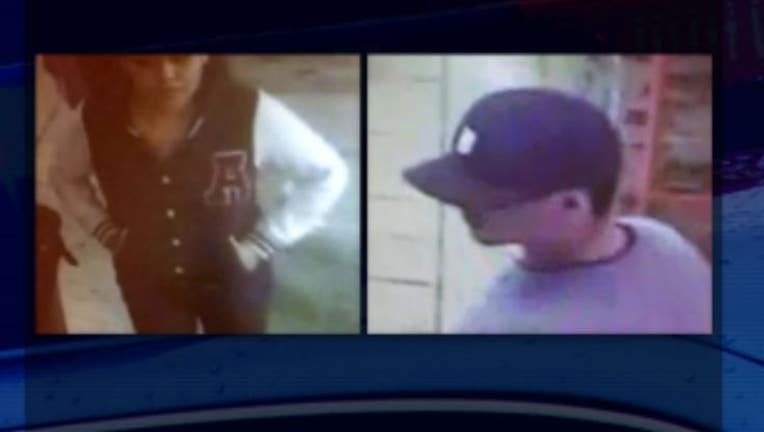 WANTED IN WAPATO -- Recognize these two accused “Beer Bandits?” Wapato detectives need to know their names so they can bust 'em for snatching $100 worth of brew. They start off innocent enough with the guy in the Detroit Tigers hat grabbing a case. Then the two head down the aisle where the girl grabs a case, hands it off, then double-fists it herself with two more cases. Then the two take off to do some heavy drinking it seems. The store's camera caught a really good look at the female’s face and the unique letterman-style jacket she's wearing with the letter "A" on it. The arms are white, the body of it looks dark blue, and the "A" looks reddish with white outlining.

Detectives think both accused “Beer Bandits” are Native American. If you can tell Wapato police who they are, call an anonymous tip into: CRIME STOPPERS: 1-800-222-TIPS You must call the Crime Stoppers hotline with your tip to be eligible to receive a cash reward for information leading to a fugitive’s arrest. CLICK HERE for information on how to TEXT A TIP to Crime Stoppers