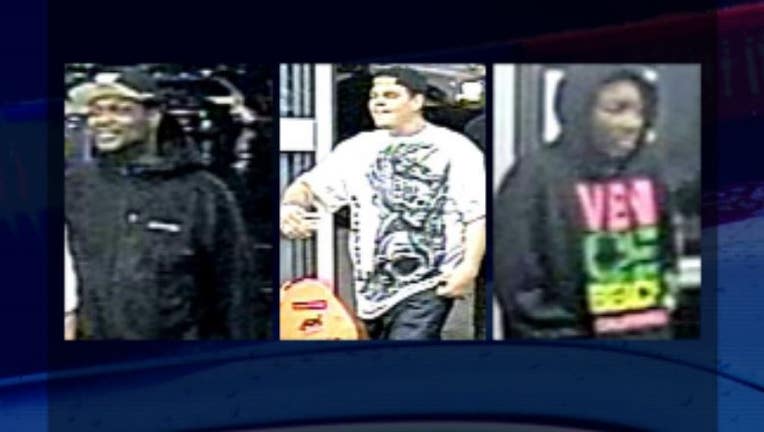 WANTED IN PIERCE COUNTY -- Pierce County detectives say one of four theft suspects bit his way out of getting stopped by security at a Walmart in Puyallup. It happened just a few days before Christmas. Detectives say there were four crooks in all, but only three of them were caught on camera. "Four people went in. Two went and stole video games, two went and stole drones. They all left the store with the stolen electronics. One of the suspects was so brazen that he took the stolen property that he'd already left the store with, went back in the store with it, stole some more items and then tried to return the items that he'd previously stolen at the return counter for cash. That's when security people recognized him, went and confronted him, he bit and kicked and fought his way out of the store and was able to get away. That's why we want to catch these guys because he physically assaulted multiple employees and he's working with a group of people and so they're probably out doing some type of thievery on a daily basis.” 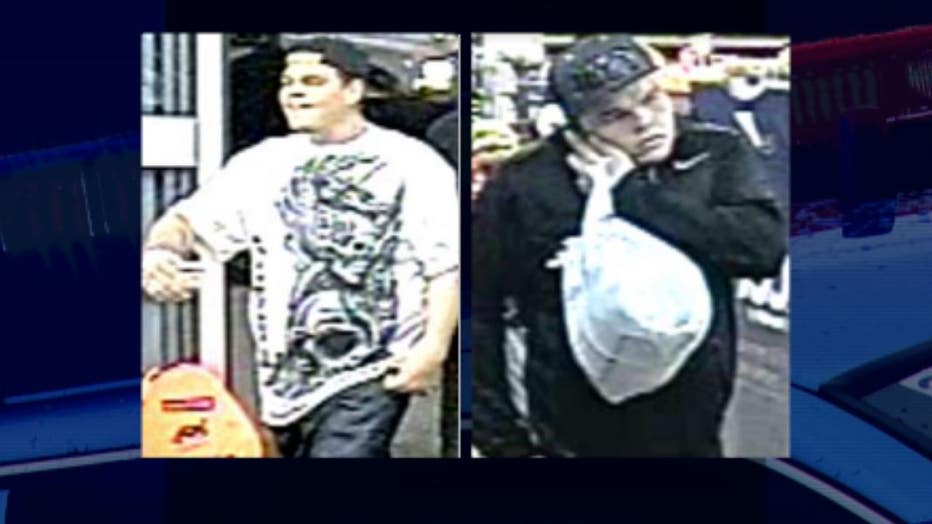 The guy in the white shirt with all the skulls on it was snapped in a second photo wearing a black jacket. 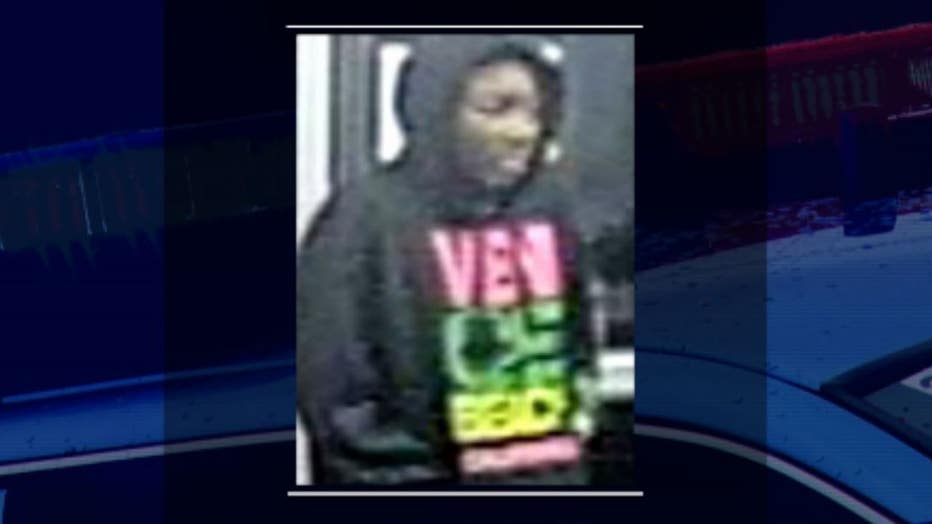 Someone has to recognize the colorful hoodie another of the suspects wore. 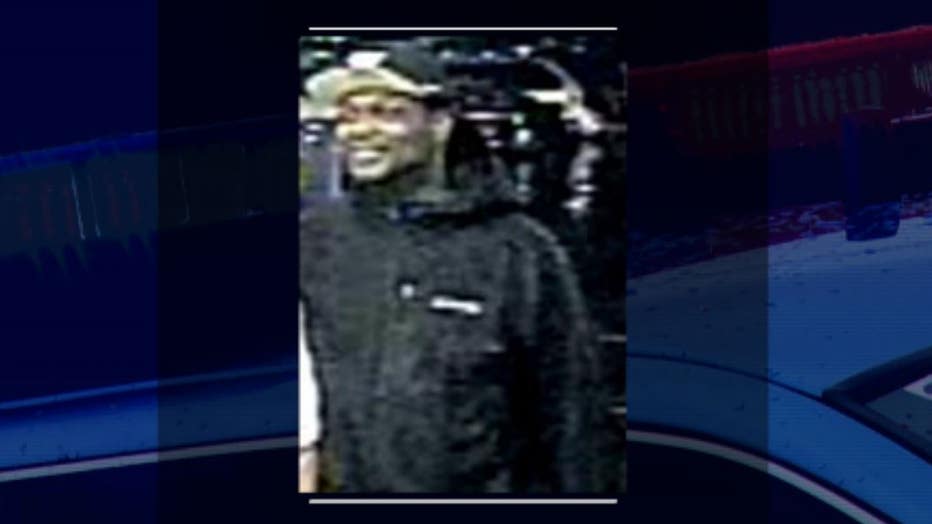 Detectives think the assault suspect is in his 20's, about 6’0” and weighs around 200 pounds. If you can tell detectives any of these theft suspects' names, call an anonymous tip into: CRIME STOPPERS: 1-800-222-TIPS You must call the Crime Stoppers hotline with your tip to be eligible to receive a cash reward for information leading to a fugitive’s arrest. CLICK HERE for information on how to TEXT A TIP to Crime Stoppers