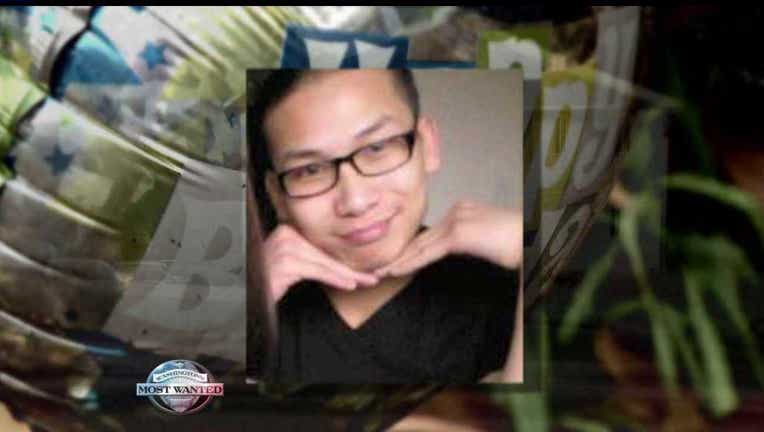 King County Detectives say Minh Phu was shot to death outside of an impromptu party his friends threw for him to celebrate his 23rd birthday. It was just after midnight on August 18th in the 5600 block of South Langston street in Skyway. Detectives say Minh left the party to buy pot, then came back for a few minutes. He  then went to his car to charge his phone - and that’s when witnesses say they heard several gun shots. King County Det. James Belford is the lead investigator and says Minh’s friends heard about five shots then came outside. “When they came up they found him slumped over in the driver’s seat of the car." Minh’s windows were rolled up, so Det. Belford doesn’t believe that a conversation had taken place. “He was charging his cell phone, making calls, sending  texts and there’s no indication that he actually had a conversation with anybody at the car. He was simply sitting in the car when somebody shot him.” Police don’t think this shooting was random, however, and are looking for the public’s help. “I do believe he was targeted," says Det. Belford. "I believe that he was the intended target of his assailant. The lack of witnesses strikes me as odd. “ The Sheriff's Office is hoping people will come forward with information, but Det. Belford is clear that he is committed to solving this case no matter what. “At this point we’re looking into several potential suspects in this case, and I do believe we’re going to get the person who is responsible for this." If anyone knows anything about this murder, please call an anonymous tip into: CRIME STOPPERS: 1-800-222-TIPS You must call the Crime Stoppers hotline with your tip to be eligible to receive a cash reward for information leading to a fugitive’s arrest. CLICK HERE for information on how to TEXT A TIP to Crime Stoppers