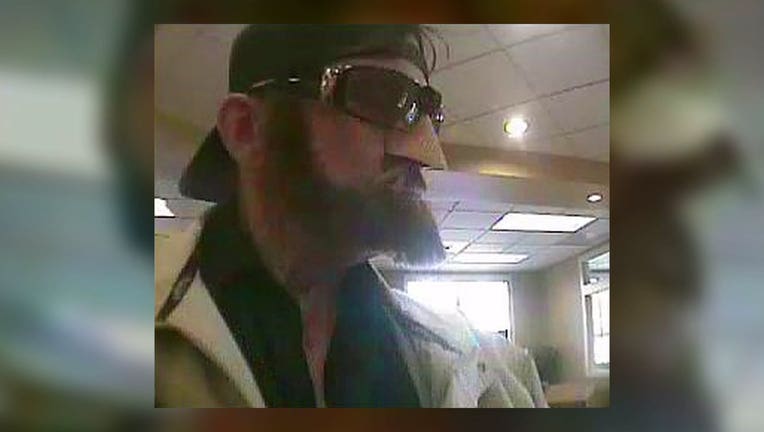 WANTED BY FBI IN EVERETT --
The Seattle Safe Streets Task Force is seeking information about a bank robber nicknamed “Beardo.”

The unidentified bank robber is believed to be responsible for at least six bank robberies in Everett.

During each robbery he’s worn a fake beard, a covering over his nose, and sun/safety glasses.

The FBI says he has both implied a weapon and brandished a handgun during his heists.

Here are the six bank robberies he's believed to be behind:

The FBI considers him 'armed and dangerous.'

If you recognize him, call an anonymous tip into:
CRIME STOPPERS: 1-800-222-TIPS