SEATTLE — Beacon Hill residents say their neighborhood has turned into a hotbed for home burglaries. One woman says she no longer feels safe in her own home after being burglarized twice. 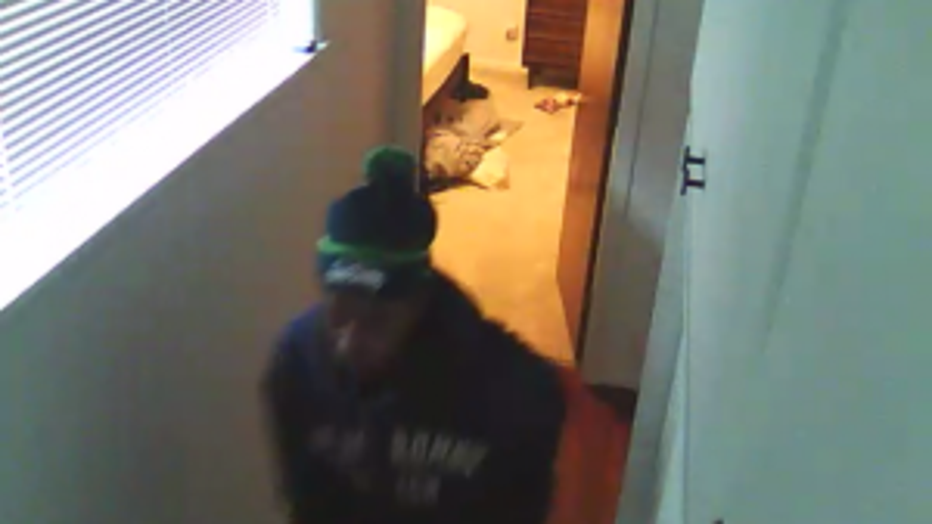 Yeri Yun and her husband bought a house on South Orcas Street in July. It’s their very first home, but there have been two-break-ins in two months and now they are hoping there won’t be a third. They weren’t prepared the first time, but when a man broke into their home for the second time, surveillance cameras were rolling. “We definitely think it’s the same person; we are glad we have footage of him,” Yun said. The video shows the young burglar dashing for the front door as soon as the security sensors triggered the alarm. The homeowner says both burglaries happened during the day. “The burglar had come in through a side door and taken my husband’s laptop and my engagement ring,” Yun said. Yun is not alone. Less than two miles away, there was an even more terrifying break-in. A gunman stormed into a home in the 5900 block of 18th Avenue South in Beacon Hill on Tuesday. He shoved a woman and her mother-in-law into the bathroom as he gathered valuables, including a piggy bank holding a $1,000 in cash. Beacon Hill resident Michael Carter says burglaries are becoming rampant in his neighborhood. “Now our antennas are way up,” Carter said. Carter lives two doors down from Yun. Although his house wasn’t targeted, he takes his neighbor’s loss personally. Carter and his neighbors say they have seen more car prowls and burglaries recently, ever since a new sidewalk was installed along south Orcas Street. “It’s always been a busy street, but it’s way busier” now, Carter said. Most have security systems but it’s not enough to keep the bad guys away. “It hurts. It’s an invasion of our dwelling — the main thing is the community banding together, so our neighbors across the street watch this side, I watch that side,” Carter said. For Yun, the emotional damage is already done. “We bought our first home, we were excited and now it’s marred by this whole experience,” Yun said.