WANTED IN SEATTLE -- Cops say this surveillance photo shows the scam artist who tricked an elderly man into paying him $1,500. Seattle police say he approached the man on Capitol Hill with his dent repair scam. Basically, he pretended to be an auto body mechanic working on the side, and said he'd fix the dings on the man's car for a fee. The man paid up, and the suspect filled in the dings -- with paste. "If it sounds too good to be true it probably is,” says Ret. Det. Myrle Carner with Crime Stoppers of Puget Sound. “Never, never, never let people on the street talk you into car repair or any other scam. Go to reputable people to do your business." The fraud happened last October. 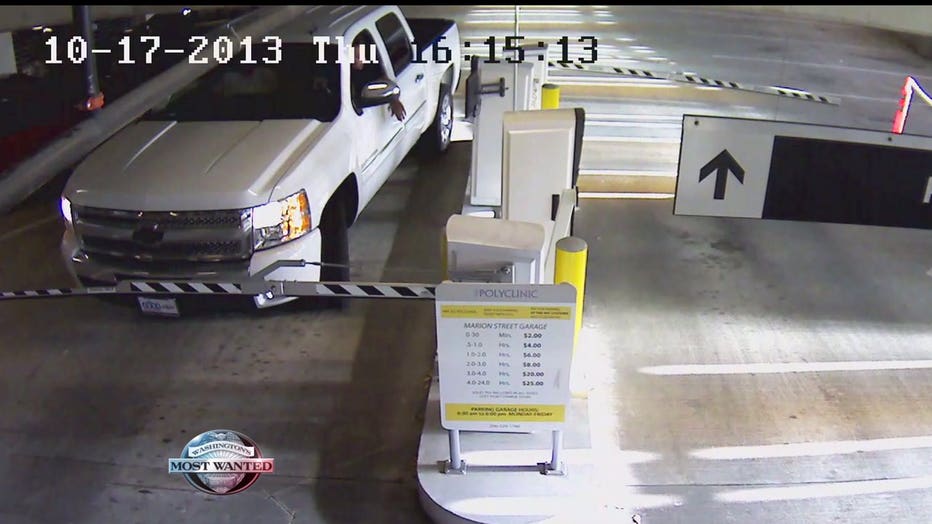 He had a tattoo on his left forearm, and was driving a late model Chevy white pick-up truck. If you know who he is, call an anonymous tip into: CRIME STOPPERS: 1-800-222-TIPS You must call the Crime Stoppers hotline with your tip to be eligible to receive a cash reward for information leading to a fugitive’s arrest. CLICK HERE for information on how to TEXT A TIP to Crime Stoppers