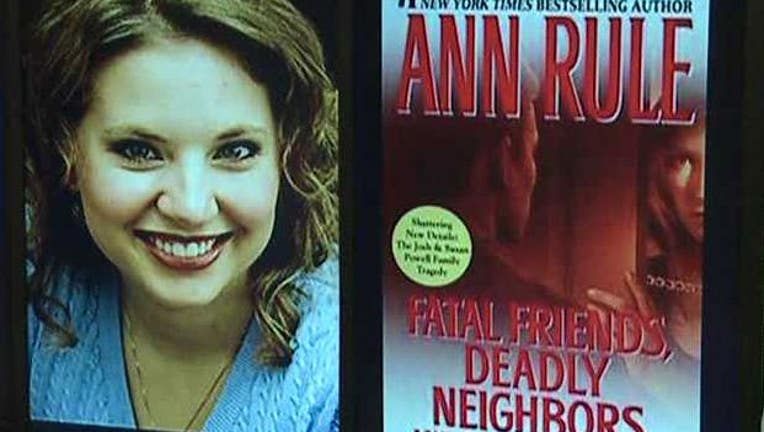 Susan Cox Powell went missing on Dec. 6, 2009, and her disappearance made news around the world as her husband Josh and father-in-law Steven told the media she had run off with another man. But in her latest book “Fatal Friends and Deadly Neighbors” best-selling author Ann Rule talks about this bizarre story and details that have not been heard before about the night Susan went missing. “Susan loved him so much when she married him. He was an older man-- I think six years older. He had his own apartment, he had his own car. She didn’t realize that he lived with his father until a few weeks before she met him,” Rule said. She looks through pictures taken from Josh’s home after the fire he started that killed him and their two sons. The burn marks around the edges tell a story, but image of the couple’s first Christmas together shows happier times. “The difference between that Josh and who he became is just startling,” Rule said. Josh was always socially akward, but Ann said he became more controlling and bizarre over time. When she's asked if she thinks Josh was a psychopath or sociopath Rule replied, “Not really, because sociopaths can be charming -- people do like them. If they put on the right mask, people think they’re wonderful. Josh wasn’t wonderful with anyone.” In her new book, Rule writes that his father Steven was even worse. “I’ve written 33 books and a thousand or more articles and I don’t think I’ve ever found a more perverted man than Steven Powell,” she said. “He took photographs of her when she didn’t know. She’d be in the bathroom or changing clothes and he had a way to where he took pictures of her.” Susan left her father-in-law behind when the couple moved to Utah. She hoped things would get better between them without Steven in the picture, but she was wrong. Rule speculates on what she thinks happened to Susan. “I think he poisoned her on that Sunday night in December. One of her friends was over and for the first time ever he cooked supper and he made pancakes. He put one plate in front of Susan and that was hers. She was to eat that plate -- he was insisting on that. Shortly thereafter, she threw up and went to lie down and her friend left,” Rule said. “I think he took the boys and Susan’s body out into the West Valley where there are 5,000 or 6,000 abandoned mines and they’re so deep. I think she’s probably at the bottom of one of those mines.” We don’t really know what happened to Susan Cox Powell, but Rule believes there is at least one person who knows more than he’s telling police. “I think Steve quite probably went down to help Josh hide Susan more than she was hidden before because he took a furlough from work right after and drove to Salt Lake City.” She’s hoping that information will somehow come out and that this tragedy serves as a warning to other women who find themselves in a dangerous situation. “Somebody knows something. If nothing else, I would hope they would come forward and let the Cox's know where Susan is. And then to women who find themselves getting boxed in and in a marriage like that, they have to save themselves.” Rule is currently working on her next book about another local case. It should be published in the fall.