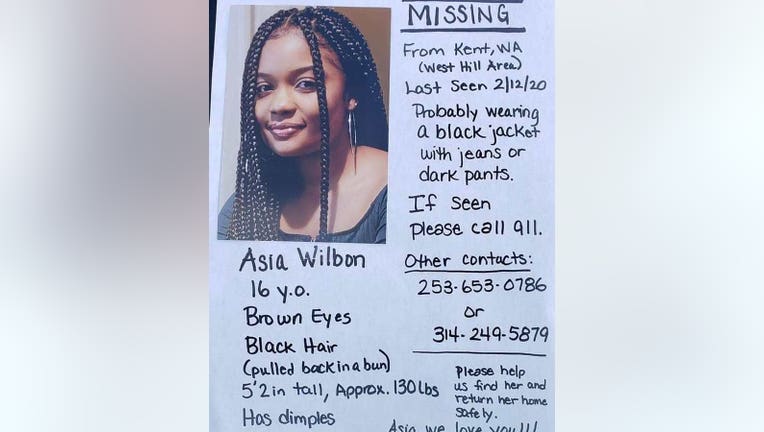 She was last seen at her father's home on the West Hill area of Kent.

Kent Police say there were indications that Asia may have been near the Des Moines waterfront and/or near a Federal Way transit center shortly after she was last seen by her family, who says Asia was depressed at the time she disappeared, due to the recent passing of her mother, who lived in North Carolina.

Kent Police detectives say they have investigated every lead presented both in-and-out of state, but Asia remains missing.

Her family has not heard from her since the day she disappeared.

Asia is 5'2" and weighed about 135 pounds when she disappeared last year. 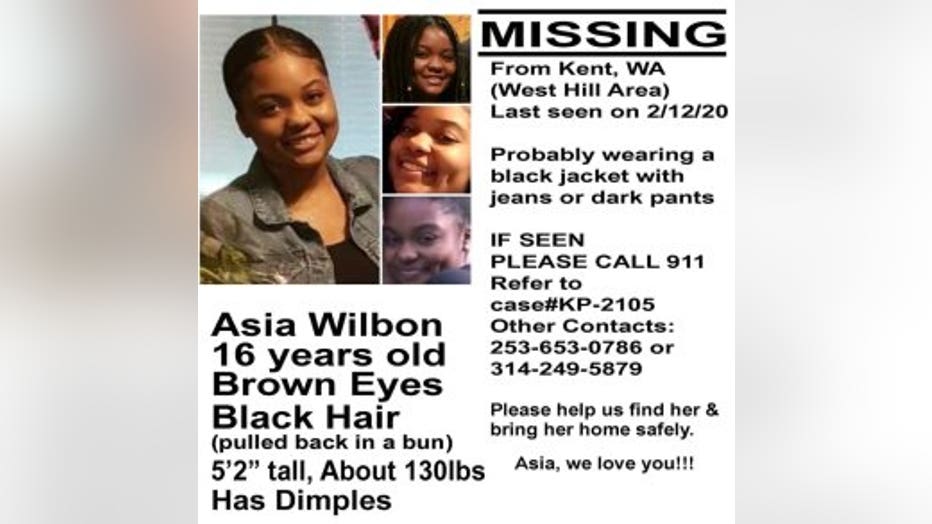 A detective has been assigned to the case and is following up on all leads.   Asia's family is extremely worried for her safety as she has now been missing for almost two weeks.

"Asia, we love you! No one is angry with you. We just want you safe! The house is not the same without you and it never will be," said her sister, Kyla Chandler.

Asia has dimples and wears her hair pulled back in a bun.  She is about 5'3" 130 lbs and is probably wearing a black jacket with jeans or dark pants.

Asia's phone is no longer active but was last was used in Federal Way on Thursday, February 13.  Her family says there are unconfirmed reports she was seen at the Federal Way Transit Center on Saturday, February 15 with a backpack.